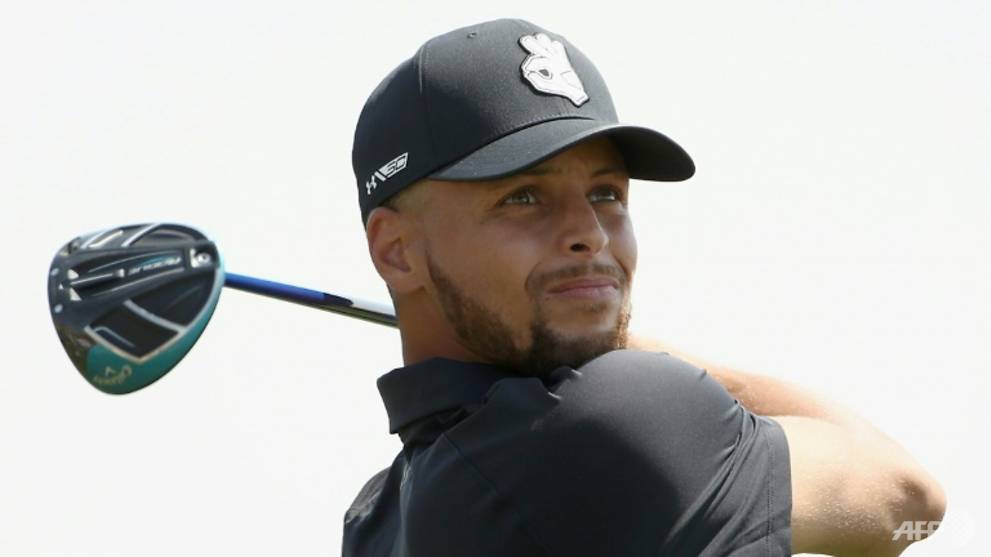 NBA player Stephen Curry of the Golden State Warriors tees off on the ninth hole during round one of the Ellie Mae Classic. (Photo: AFP/Ezra Shaw)

LOS ANGELES: Stephen Curry trailed the leaders by eight strokes after shooting a one over 71 on Thursday (Aug 9) in the opening round of the Web.com Tour's Ellie Mae Classic.

The Golden State Warriors star, who is making his second appearance in the tournament in as many years, was tied for 106th place in the 154 player field.

He is well back of leaders Adam Long, Seth Reeves and Samuel Del Val at the Stonebrae course in Hayward, California. Last year, Curry shot 74-74 to tie for 148th and miss the cut by 11 shots.

Curry, who started on the 10th tee, made his fourth bogey at the par-three second hole. He two-putted for birdie on the third and celebrated with caddie Jonnie West, who also works for the Warriors.

"It took me six holes last year to get my first one (birdie) and it took me 12 holes this year," said Curry, who had three birdies on his final seven holes. "I had to wait a little bit. It was a nice relief to see a putt go in."