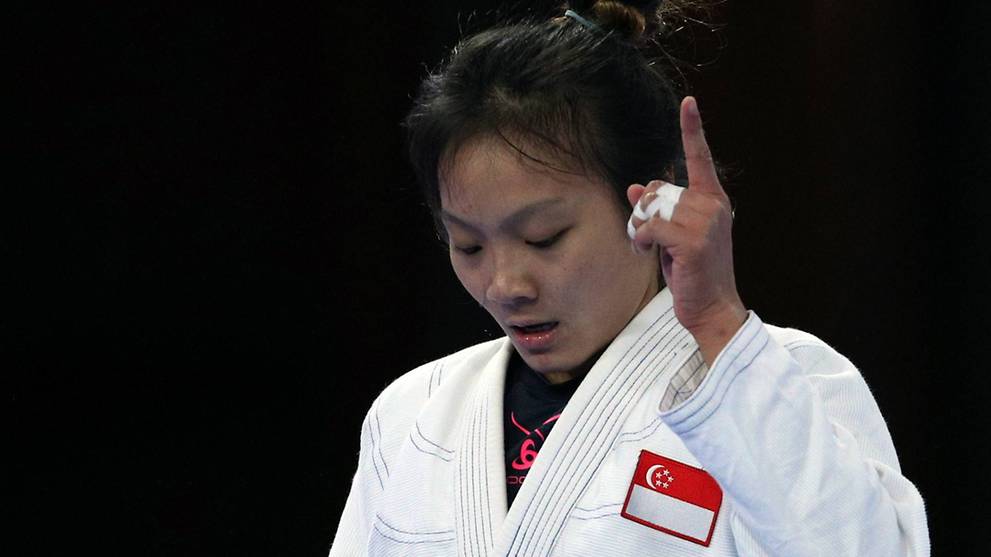 JAKARTA: A day after winning Singapore's first-ever medal in jujitsu at the Asian Games, Constance Lien expressed hope that her success will boost the profile of the martial art in the nation.

Lien clinched the silver medal after losing to South Korea's Sung Jira 2-4 in the women's under 62kg final at the Jakarta Convention Centre on Saturday (Aug 25).

Speaking to Channel NewsAsia on Sunday, Lien said: "I'm very proud. I hope this will boost the reputation of the sport in Singapore."

The Temasek Polytechnic student, a blue belt holder, also hopes that her success will change people's attitudes towards jujitsu.

"Many jujitsu exponents have to balance training with studies, and some schools need to be more flexible in allowing these athletes time to train and compete," said Lien.

"I felt that some of the (national) swimmers had it easier to get time off to compete or train, but I struggled to get permission to do the same. Hopefully with this medal, that could change."

She is into her final semester at Temasek Polytechnic, where she is pursuing a diploma in Early Development Childhood and Education. Upon completing it in 2019, Lien aims to take a year off her academic pursuits to focus on her dream of becoming a world champion.

She would have been encouraged by how she held her own against Sung, the world champion in the under 62kg category. Her South Korean opponent, who holds a purple belt, is also one level above her.

"This competition has taught me that it's important to not limit my abilities because of my belt," she said.

En route to the final, the 19-year-old beat Turkmenistan's Krovyakova Violetta 6-0 in the semis.

She also defeated Mongolia's Battsogt Buyandelger, Thailand's Sangsirichok Onanong and Indonesia's Julia Simone all by submission in the round of 32, round of 16 and the quarter-finals respectively.

This is the first time that jujitsu is being contested at the Asian Games.

Lien came to the fore when she won golds in the under-58.5kg category and the absolute division at the Manila Open IBJJF Competition this year.

Get the widest coverage of the 18th Asian Games (Aug 18 – Sep 2) from Jakarta and Palembang, Indonesia on Mediacorp. Go to toggle.sg/AsianGames2018 for details.

Good going Lien, i'm proud of you too!