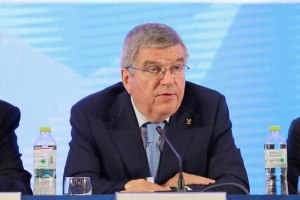 IOC: Esports has no Olympic future until ‘violence’ removed

JAKARTA, Indonesia — International Olympic Committee President Thomas Bach isn’t certain if, or when, esports might be incorporated into the Olympic Games.

But he was clear in an interview with The Associated Press at the Asian Games on Saturday about the need to meet some conditions before being considered.

“We cannot have in the Olympic program a game which is promoting violence or discrimination,” he told the AP. “So-called killer games. They, from our point of view, are contradictory to the Olympic values and cannot therefore be accepted.”