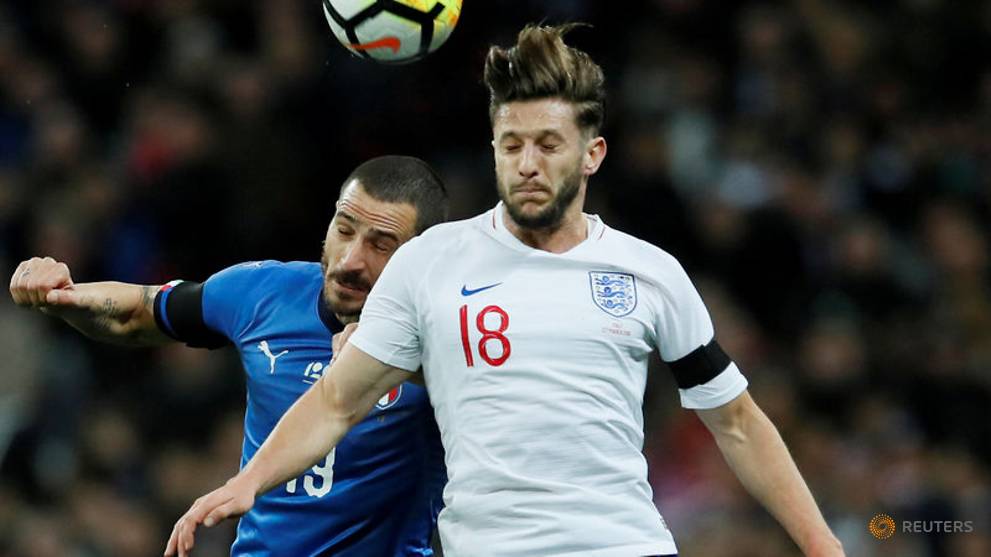 Football: Lallana ruled out of England squad with groin injury

LONDON: Liverpool midfielder Adam Lallana has withdrawn from the England squad to face Spain and Switzerland after picking up a groin injury in training, the English Football Association (FA) said on Tuesday (Sep 4)

The 30-year-old suffered the problem during England's first training session at St George's Park and has returned to Liverpool for further assessment.

England boss Gareth Southgate was already without Manchester City winger Raheem Sterling, who pulled out of the squad with a back problem.

No immediate replacements have been announced, leaving the squad at 21 players.

England host Spain in a Nations League match at Wembley on Saturday and Switzerland in a friendly at Leicester's King Power Stadium on Tuesday.