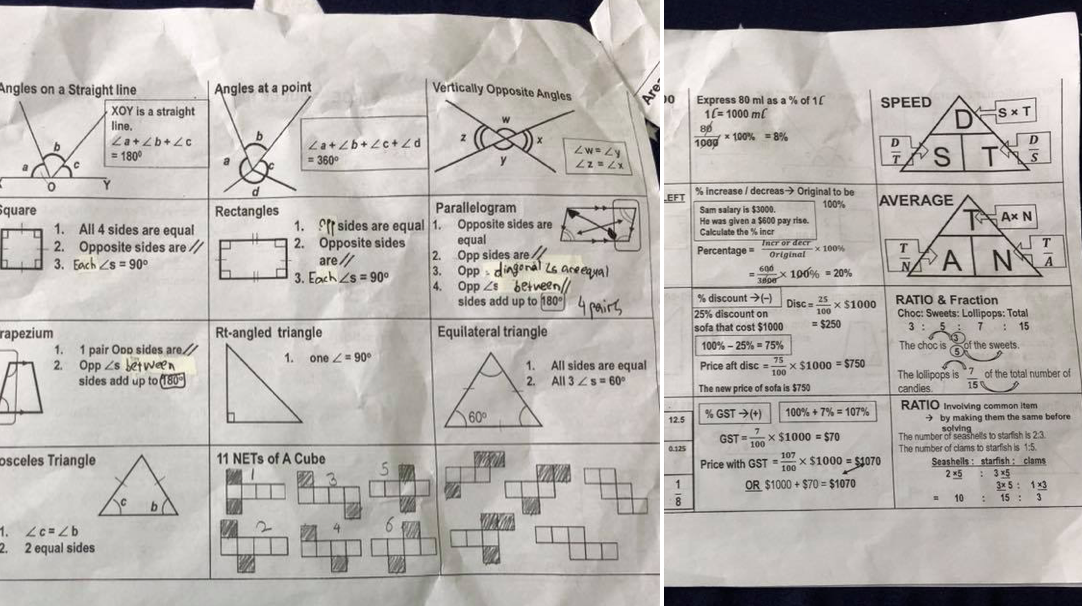 It’s that time of the year again: PSLE is around the corner and parents are hard at work.

Recently, Singaporean parents have been sharing their Primary School Leaving Examination (PSLE) scores on Instagram in order to make a point that scores do not define them.

But as PSLE draws near, it is inevitable that the Primary Six students are feeling some pressure.

It isn’t just them though.

Many parents are also anxious for their children to do well.

Instead of being selfish, however, one parent chose to help others out.

In the PSLE Parents – 2018 Facebook group, a support group for parents with children who will be taking the PSLE in Singapore in 2018, a parent Puja Patil  her child had.

She wrote that she “[wasn’t] sure if everyone’s got this concise sheet in school”.

And so, she very helpfully shared a series of cheat sheets containing important math formulas and equations.

She added that other parents need not thank her, as she was merely doing them a favour.

The photos, which were uploaded on Sept. 15, has been shared more than 400 times.

And in response to these cheat sheets, many parents under going the stress of exams have also expressed their gratitude:

One parent even said that she was getting her daughter to re-write the formulas, presumably to facilitate learning: