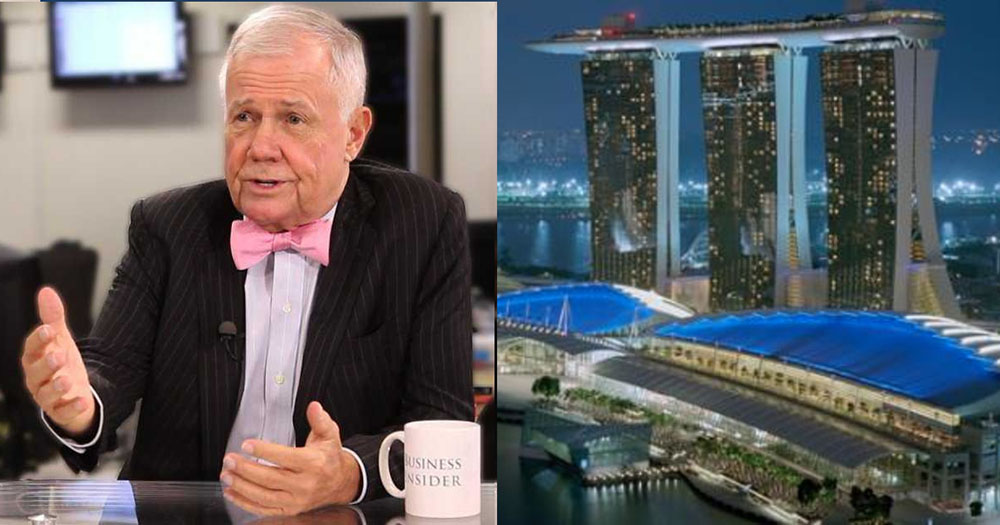 They are an extremely rich American expat family living in Singapore.

Jim Rogers is a prominent billionaire investor who started Quantum Fund — a well-known hedge fund — together with George Soros, another well-known investor.

The Rogers family have made headlines with the insistence on the young ones learning Chinese.

So much so that one of Rogers’ daughters is able to speak better Mandarin than most Chinese Singaporeans.

The Rogers family have been living in Singapore since 2007.

Why did they move to Singapore?

According to a Aug. 27 Rogers gave in San Francisco titled, “Where Are The Opportunities Today?”, he said his main reason for moving to Singapore was to give his children the chance to learn Mandarin:

It would not be a stretch to see that part of this move stems from Rogers’ view that the global economy’s future will be driven by Asia.

Notably, he has even called the 21st century the ““.

Finding out the reality of standards

However, much to the amusement of his audience, Rogers said he found the reality in Singapore to be something else:

“What I didn’t know when I got there was [that] they [Singaporeans] speak bad English and bad Mandarin.”

He proceeded to qualify his statement with some tongue-in-cheek observation.

And then he joked: “I’m sure I’m going to be arrested as soon as I get back to Singapore.”

A question asked in Singlish

Prior to this moment, Rogers was asked a question by a lady who had been living in the San Francisco Bay Area, but spoke with an unmistakable Singlish accent.

Here are the exact words of her questions on our sunny island’s increasing prominence as a result of the Trump-Kim summit and the movie Crazy Rich Asians:

“I’m curious about Singapore right now because Donald Trump was there and then now you have this Asian Rich, uh, Crazy Asian Rich movie, that one? And that make it so popular now that Singapore is now all being famous now. So what do you think? With all this going on?”

Rogers does not seem to mind the Singlish as he answered directly that he has not seen the movie, before clarifying what the audience member was talking about to the wider audience.

Rogers subsequently concluded his answer that Singapore is “a great place, great place to invest, great place for everything”, even telling the audience member to “go back” to Singapore.

Here is the video of his talk in San Francisco in full:

The question posed by the audience member about Singapore starts at the 27-and-a-half-minute mark: