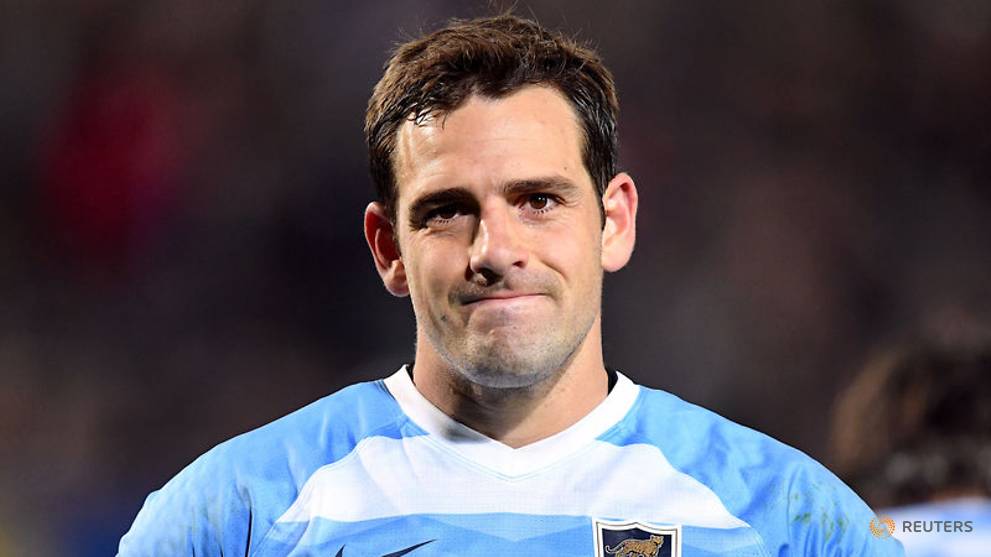 BUENOS AIRES: If the end for Nicolas Sanchez in the Pumas shirt is indeed near, there is nothing Argentina's record points scorer would like more than to help his country beat the All Blacks for the first time before he heads off to France.

The 29-year-old flyhalf will get a 12th crack at finishing on the winning side against New Zealand in front of a sellout crowd at Velez Sarsfeld on Saturday and hopes have rarely been higher that the once highly improbable might just be possible.

Sanchez, who has been superb for the Pumas in their best ever Rugby Championship season, says Argentina still have plenty to strive for despite beating South Africa and grabbing a first win over the Wallabies in Australia for 35 years.

"We can't be happy with these two victories, we have to keep doubling our efforts and get better," Sanchez told Reuters.

"There is still a way to go before we become the team we want to be."

Sanchez took over from Felipe Contepomi as Argentina's leading points scorer with a personal haul of 14 in the 46-24 loss to the All Blacks in Nelson earlier this month and has since extended his tally to 667 points.

While his kicking has certainly also helped him become the leading points scorer in this year's Rugby Championship, Sanchez's threat is not confined to the tee as his four tries illustrate.

The balance in his points haul reflects that of the Pumas, who long ago abandoned a reliance on scrummaging power and kicking in favour of attacking flair backed up by rugged physicality.

The loss in Nelson, however, showed they still have a way to go to match the All Blacks for the full 80 minutes and Sanchez warned they need to raise their game to another level if they want to beat the world champions.

"I think we can play better than we did against Australia," he said of the 23-19 win on the Gold Coast.

"If we really want to play a great game we have to improve 100 per cent in defence and play each ball as if it was our last."

While Argentina still have their return match against the Wallabies and November internationals against Ireland and Scotland to play this year, Saturday's match could be one of Sanchez's last for the Pumas.

The Argentine Rugby Union have had made a point in recent years of only selecting locally-based players and if they stick to that, Sanchez's long test career will end when he moves to Stade Francais.

New coach Mario Ledesma has already shown more flexibility than his predecessor, however, and it would seem almost perverse to exile a talent like Sanchez with the World Cup coming up next year in Japan.

Regardless, Sanchez is adamant he will not lose focus over what might be his final few games for his country, confessing that feelings of nostalgia had affected him on a recent tour of Australasia with Argentina's Super Rugby side, the Jaguares.

"It was difficult for me on the tour with Jaguares for Oceania, I was thinking about it," he said.

"I lived it deeply and it cost me, now I try not to think and dream that I'm going to continue playing."