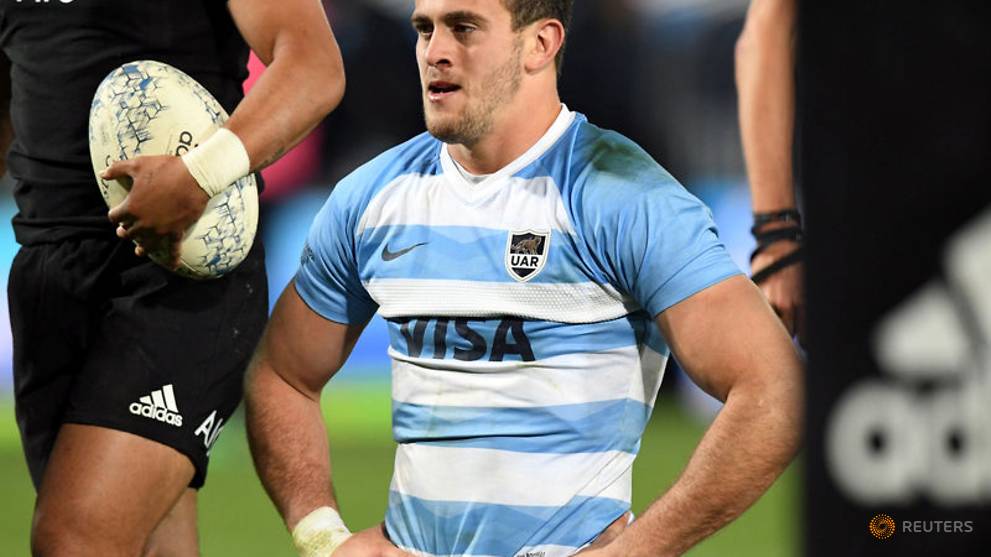 Pumas will look to the boot against All Blacks, says Boffelli

An inability to close out games from winning positions has hurt the Pumas in recent years but fullback Emiliano Boffelli is hoping Argentina's kicking will help them overcome that malaise and record a first ever win against New Zealand.

BUENOS AIRES: An inability to close out games from winning positions has hurt the Pumas in recent years but fullback Emiliano Boffelli is hoping Argentina's kicking will help them overcome that malaise and record a first ever win against New Zealand.

Boffelli, the winger turned fullback who scored two 50-metre-plus penalties in Argentina's 23-19 win over Australia two weeks ago, said the Pumas will need to keep the All Blacks on the back foot for 80 minutes on Saturday in Buenos Aires.

"We must put the pressure on them with our kicks," the 23-year old told Reuters in an interview.

"That's what worked last year when we played them there and got close. But, as always happens, there was the game until 70 (minutes) and then the result got away from us. I hope this time we can get the result."

Argentina have never beaten the world champions in 27 attempts but were ahead 16-15 at half time in New Plymouth last year before eventually succumbing 39-22.

The Pumas have kept up that ability to tear at opponent straight from the kick off, scoring more first half points than any other team in this year's tournament, according to Opta stats.

Maintaining their fitness and focus to the end of games has been a recurring problem for the Pumas, however, including this year when they lost their opening match to South Africa after being 14-10 up at the break.

The Pumas are nevertheless on a high after recording two wins in the Rugby Championship for the first time since their inaugural participation in 2012.

They now hope for an unprecedented hat-trick of wins in front of a capacity crowd at Velez Sarsfield but know the All Blacks will be fired up after losing at home to South Africa in their last game.

"I would have liked the All Blacks to be coming here having won because it's rare for them to lack concentration and play poorly in two consecutive games," Boffelli said.

"I think they will come here even more alert.

"To beat the All Blacks you have to play the perfect game and hope they don't," he added. "You know you are going to play against the best. You know you have to be focused.

"But playing them is a tremendous opportunity. It's a dream and you have to try and enjoy it as much as possible. And you know you have to do everything properly in order to get the win."