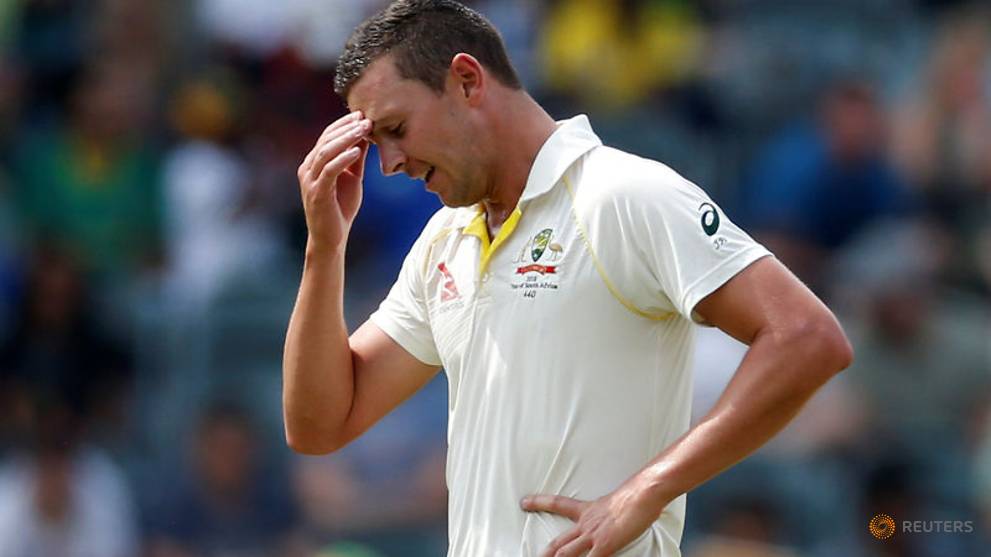 Paceman Josh Hazlewood and all-rounder Mitch Marsh were named joint vice-captains of the Australia test team on Thursday under a new leadership structure installed in the wake of this year's ball-tampering scandal.

SYDNEY: Paceman Josh Hazlewood and all-rounder Mitch Marsh were named joint vice-captains of the Australia test team on Thursday under a new leadership structure installed in the wake of this year's ball-tampering scandal.

Hazlewood and Marsh will support captain Tim Paine and be the permanent replacements for David Warner, who was stripped of the post and banned from international and state cricket for 12 months for his role in the incident in South Africa.

Previous captain Steve Smith was also banned for a year, while batsman Cameron Bancroft was suspended for nine months for trying to alter the condition of the ball during the third test against the Proteas in Cape Town in March.

"We are extremely fortunate to have such terrific young men charged with responsibility of upholding the high standards and values we and Australian cricket fans expect of their test team," chief selector Trevor Hohns said in a news release.

"Josh has shown he is a leader among the playing group, and we felt it was important to have a representative from the bowling group. He’s calm under pressure, communicates well and leads by example on and off the field.

"He is an extremely popular member of the team, he has great humility, and given his lineage, he understands and respects the responsibility which comes with representing Australia and Australians."

Marsh's father Geoff played 50 tests for Australia and was a test selector, while his batsman brother Shaun is a regular test player who was included in the squad for next month's test series against Pakistan in the United Arab Emirates.

Hazlewood will miss the trip to the Gulf of Arabia because of injury but is certain to return for the home series against India and Sri Lanka later this year and early next.

Marsh has sometimes been a divisive figure among Australian cricket fans and his disciplinary record is not unblemished, his most recent indiscretion coming when he was fined for using offensive language during the second test against South Africa.

A former captain of Australia A, the Australia under-19s and Western Australia, Marsh is, however, a popular figure among the players and has been tipped as a future test captain by several luminaries of the game.