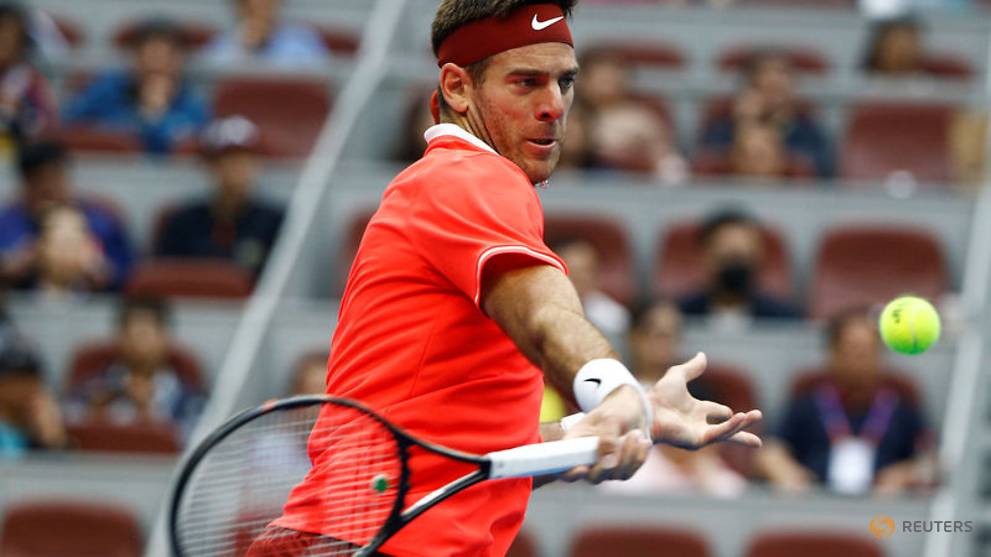 Former U.S. Open champion Del Potro fired down 12 aces and won five out of eight break point opportunities to chalk up a comfortable win over the 26-year-old.

"I've been training hard to play at this level," Del Potro, who has booked his spot in next month's season-ending ATP Finals in London, said.

"Today, everything worked good, starting from my serve, from my forehands and backhands. That is the game I need to go far in this tournament."

Del Potro faces a potentially tricky test against the in-form Fognini on Saturday. The Italian beat Marton Fucsovics 6-4 6-4 as he maintained his own pursuit of a place in London.

Victory meant fourth seed Fognini has won a career-high 43 matches this season while claiming three titles in the process.

"It's going to be a difficult one," Del Potro, who has a 1-1 win-loss record against Fognini, added. "Fabio beat me in the Mexico final this year, he's playing very well already."

Fifth seed Kyle Edmund edged past Serbia's Dusan Lajovic 6-3 7-6(4) as he continued his search for a maiden ATP title.

The Briton next plays world number 34 Nikoloz Basilashvili, who ousted Tunisia's Malek Jaziri with a 6-2 6-2 victory.

(Reporting by Manas Mishra in Bengaluru; editing by Martyn Herman)