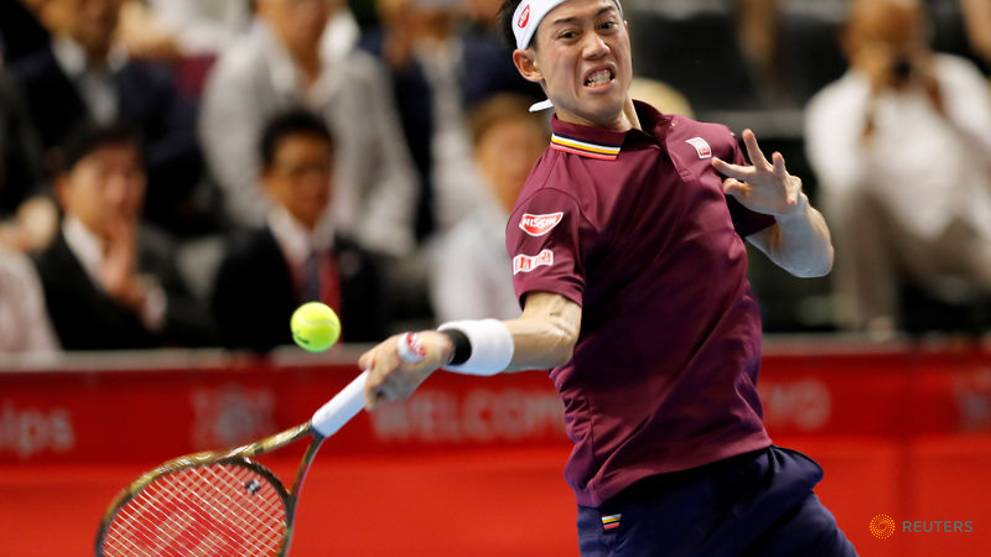 Tennis - Nishikori through to Japan Open final against Medvedev

Home favourite Kei Nishikori defeated Frenchman Richard Gasquet 7-6(2) 6-1 in the semi-finals of the Japan Open on Saturday, setting up a final against Russian qualifier Daniil Medvedev.

The Japanese world number 12 was made to battle during a tough first set as Gasquet saved three break points to take Nishikori to a tie-break.

The Frenchman had won five tie-breaks already this week in Tokyo but couldn’t find the magic formula this time as Nishikori saved his best for when it counted winning 7-2 in the tie-break after a long first set lasting almost an hour.

Gasquet’s spirit appeared broken as Nishikori comfortably broke the 32-year-old’s serve at the first time of asking, wrapping up the second set in just 33 minutes.

He has battled with injuries and form since, losing seven consecutive ATP finals, most recently to Rafa Nadal at Monte Carlo in April.

The 28-year-old is currently 10th in the race to reach the end of season ATP Finals in London. With the top eight players qualifying, he is hoping to catch South African Kevin Anderson, currently in eighth, who lost to Gasquet in the quarters on Friday.

Medvedev served 12 aces to Shapovalov’s four, with the young Canadian also serving five double faults throughout the match as he struggled to stay with the big-hitting Russian.

Medvedev, who has beaten Diego Schwartzmann and Milos Raonic already this week, wrapped up the victory with back-to-back aces in a time of 63 minutes to reach his third ATP final of the year.

"Dennis is an amazing player," Medvedev said on court, noting he had been prepared for a tough match today after their previous meetings in which Shapovalov had a 2-0 record.

"But I managed to play good and hold my serve and I'm in the final," he said.

"I hope I can make it three out of three this year."

The Russian has won both of his previous finals this year at Winston-Salem and also Sydney, once again as a qualifier.

Shapovalov has yet to reach an ATP final in his young career, losing in three semi-finals this year.