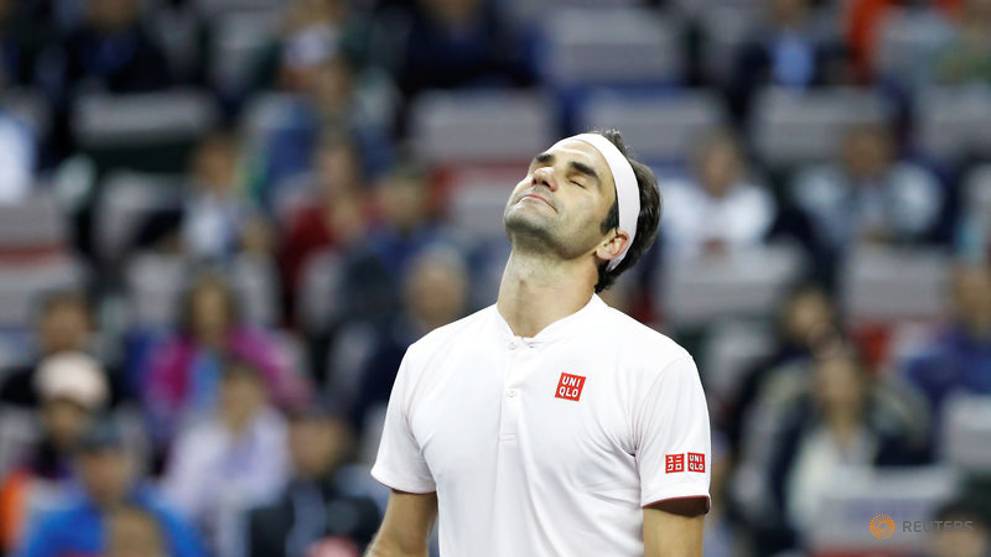 SHANGHAI: Twice Shanghai Masters champion Roger Federer was far from his best against Spain's Roberto Bautista Agut but did enough to reach the quarter-finals with a 6-3 2-6 6-4 win on Thursday (Oct 11).

The top-seeded Swiss, who is fighting to defend the title and his world number two spot, broke in the fourth game and sealed the opening set with a crisp backhand volley.

But Bautista Agut, the 2016 finalist, was back on song in the second set and won four straight games before forcing a decider courtesy a stunning backhand return.

Having lost a set for the first time in eight meetings with Bautista Agut, Federer cut down his errors before breaking in the ninth game en route to his 38th match win of the season.

In the last four the 37-year-old will face eighth-seeded Japanese Kei Nishikori, who knocked out big-serving American Sam Querrey 7-6(7) 6-4.

The 31-year-old Serb is now unbeaten in 15 matches on the ATP tour and has won 28 of 30 matches since losing to then world number 72 Cecchinato in the French Open quarter-finals in June.

"I was making him play always an extra shot," Djokovic said. "I was aggressive when I needed to be. The second set was perfect, really.

"I wanted to start off well because I know that he battles hard and he makes you deserve every point, win every point."

Fourth seed Alexander Zverev raced past Australian number one Alex de Minaur 6-1 6-4 to improve his match record to 48-15 for the season.

With a dominant serve and a mix of clever groundstrokes, Zverev moved just one match win away from qualifying for the ATP Finals for a second consecutive year.

The German will next face 11th-seeded Briton Kyle Edmund, who produced a clinical performance to beat Nicolas Jarry of Chile 7-6(5) 6-3 in 90 minutes.