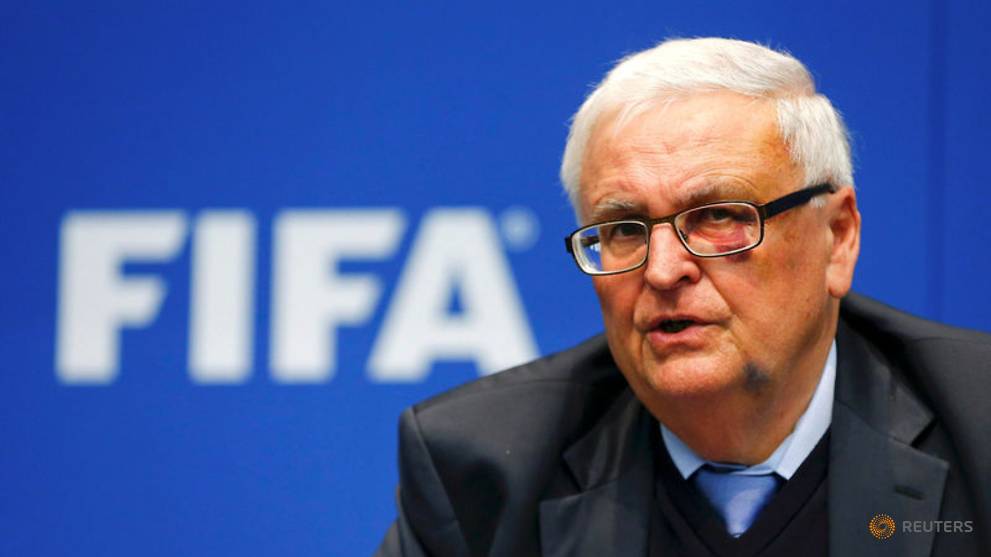 Two former heads of the German Football Association and two other officials will not go on trial for suspected tax evasion over a payment ahead of the 2006 World Cup hosted by Germany, Frankfurt's regional court said on Monday.

FILE PHOTO: File photo of Zwanziger former president of the German Football Association and member of the FIFA's executive committee

BERLIN: Two former heads of the German Football Association and two other officials will not go on trial for suspected tax evasion over a payment ahead of the 2006 World Cup hosted by Germany, Frankfurt's regional court said on Monday.

But the regional court said it had "not seen enough suspicion of wrongdoing" to warrant a trial.

The Prosecutor's office has one week to appeal against the decision which was welcomed by the current DFB leadership.

"We see our legal opinion confirmed through this decision of the regional court in Frankfurt," DFB President Reinhard Grindel said in a statement.

"That the case of the 6.7 million euros (US$7.77 million) was indeed a business-related expense. We now hope that we also achieve legal clarity in the taxation process."

The four men had always denied any wrongdoing.

The Frankfurt prosecutor charged them with serious tax evasion in connection with the 2006 World Cup, accusing them of arranging submission of incorrect tax returns to allow the DFB to avoid paying around 13.7 million euros in tax.

The returns included a 6.7 million euro payment from the DFB to FIFA for a World Cup 2006 cultural event, although the funds were in fact used for another purpose and should not have been offset against tax, the prosecution had argued.

The payment in question triggered several investigations and led to Niersbach's resignation over allegations it had been used as a slush fund to buy votes in favour of Germany's bid to host the 2006 tournament.

A DFB-commissioned investigation in 2016 said the sum was the return of a loan via FIFA from former Adidas ADSGn.DE chief Robert Louis-Dreyfus.

Last year, the tax office had ordered the DFB to pay 19.2 million euros in back taxes related to the payment.