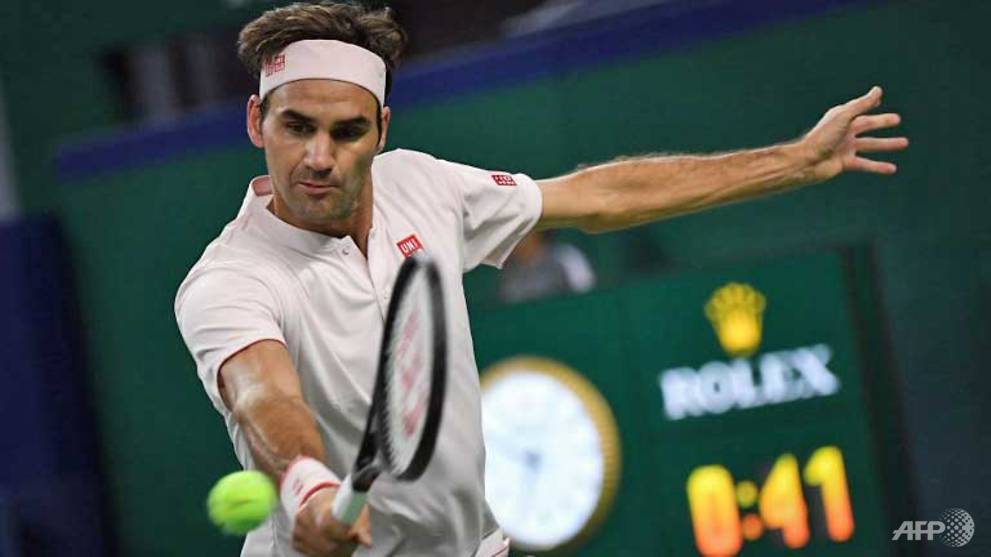 BASEL, Switzerland: Roger Federer has revealed that he has been suffering with a hand injury since the summer, but said the problem is no longer a worry as he heads into his home Swiss Open starting on Monday (Oct 22).

The 20-time Grand Slam winner told Germany's Sonntag Zeitung of the problem which began when he trained for the grasscourt season.

"I hurt my hand training at the start of the grass season," Federer told the newspaper. "It's had more consequences than I thought. I dragged this pain for about three months.

"It's not an excuse and we're not going to make a fuss over it."

He added: "(Sometimes) I felt pain during the first ten minutes of a match warmup. But now I can let go of my forehand normally without thinking of it."

The 37-year-old Federer will start his bid for a ninth Basel title on Tuesday when he plays Serbia's Filip Krajinovic and could face a revenge match in the second round if he and John Millman both advance.

The 33rd-ranked Australian shocked Federer in the US Open fourth round in September.

The Swiss, who will be playing only his second ATP tournament since the US Open, has a huge reputation to live up to at home, having won the trophy in three of the last four editions.

The defending champion, ranked third in the world, takes the top seeding with German Alexander Zverev seeded second after losing in the first round in his only previous appearance here four years ago.

Marin Cilic, the Basel winner in 2016, takes the third spot and starts against Canadian teenager Denis Shapovalov while Zverev plays Robin Haase in the opening round.

Stefanos Tsitsipas, who on Sunday became the first Greek winner of an ATP tournament when he triumphed in Stockholm, makes his Basel main draw debut as fourth seed and faces off against Frenchman Jeremy Chardy.