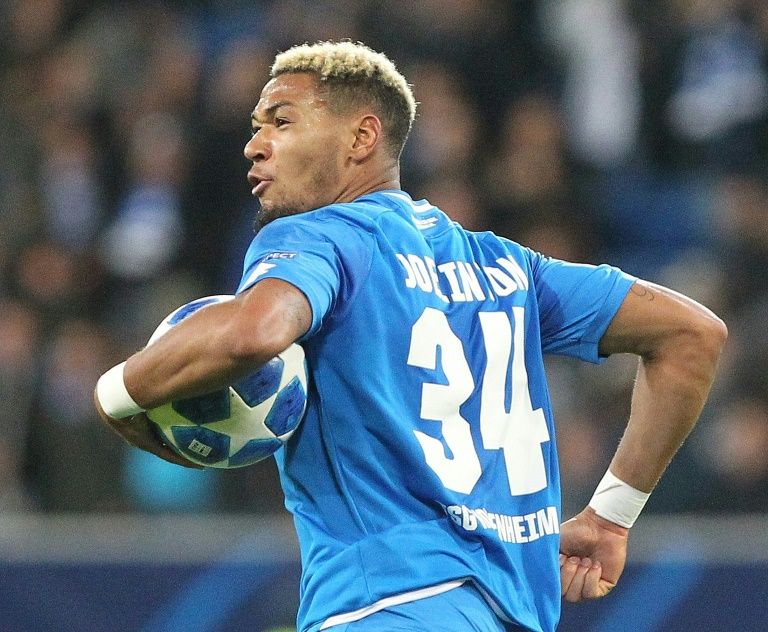 Joelinton's stoppage-time equaliser crowned a dramatic Champions League tie on Tuesday night as Hoffenheim twice came from behind to draw 3-3 at home with Lyon and keep their Champions League dream alive.

Having gone behind early on, Hoffenheim turned the game around to lead 2-1 as they chased their first-ever Champions League win. A string of individual errors saw the tide turn again, before Joelinton's late strike gave the German side faint hope of progressing from the group stage.

"You could say we scored three own goals today because all of them came from individual mistakes," Hoffenheim coach Julian Nagelsmann told German broadcaster DAZN.

"Joelinton's goal was important because it means that we can still make something happen with a result in Lyon."

Hoffenheim have only two points from their first three games, while Lyon have five and sit in second place in Group F.

Lyon started brightly and could have taken the lead early on, Bertrand Traore slicing the ball wide after a slick one-two with Tanguy Ndombele.

Hoffenheim soon began to create chances themselves, and Ishak Belfodil came within inches of an opener on 20 minutes.

Yet the hosts were left red-faced when a defensive mix-up gifted Lyon the lead in the 27th minute. Hoffenheim captain Kevin Vogt lost the ball in front of goal after a short goal-kick, and Traore pounced, rounding goalkeeper Oliver Baumann to slot in.

Lyon's joy lasted only six minutes, as Hoffenheim rallied and Andrej Kramaric lashed in a loose ball at the far post to level the scores.

Hoffenheim then took full control of the game, peppering the Lyon penalty area with crosses and forcing chances for Belfodil and Adam Szalai before half-time.

They were rewarded just after the break as Kerem Demirbay's cross picked out Kramaric, who fired in his second of the evening.

The game took an unexpected twist just before the hour mark, however, when Ndombele's fierce shot beat Baumann at the near post to give Lyon an equaliser against the run of play.

"We had a lot of bad luck today, we had a lot of chances going forward and conceded three goals in unfortunate circumstances," Baumann told DAZN. "It's a shame, because we fought so hard."

Belfodil missed a golden opportunity to restore the lead five minutes later, and was promptly punished as Memphis Depay burst free of Vogt on the counter-attack, squeezing the ball past Baumann to put Lyon back in front.

Vogt had a shot at redemption four minutes from time when he sent a header just past the post, before Joelinton turned in Nico Schulz's cross with 90 seconds to play.