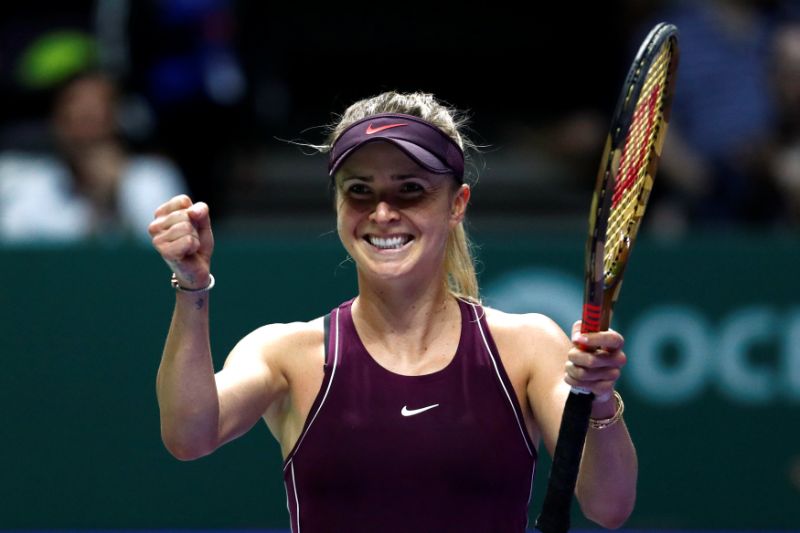 The two lower seeds in the White Group advanced to the semi-finals at the BNP Paribas WTA Finals Singapore presented by SC Global on Thursday (25 October), and in the process, they knocked out defending champion Caroline Wozniacki.

Everything went against the Dane on Thursday. First, Karolina Pliskova booked her berth in the semi-finals with a 6-3, 6-4 victory over fellow Czech Petra Kvitova, who lost all three of her round-robin matches and finished bottom of the group.

That result meant that Wozniacki could not afford to lose a set to Elina Svitolina, the young Ukrainian who had won her first two round-robin matches. She narrowly won the first set 7-5, but could not fend off Svitolina in the second and lost by the same scoreline despite saving three set points.

Svitolina eventually won the tie 5-7, 7-5, 6-3 to qualify as group winner, and she said after the match, “We were both under pressure. I think today I was really pushed mentally because, to play against Caroline, you always have to put one extra ball over the net. She always chases every ball.

“She was playing like a champion, you know. That’s why when I finally got my fifth set point in the second set, I said to myself, I’m going to be tough as a nail and not going to give anything.”

Despite her exit, Wozniacki insisted that she had her best season ever, with the Dane winning her first Grand Slam title at the Australian Open in January. She revealed during her post-match conference that she suffered from an autoimmune disease since the middle of the year, and sought treatment after September’s US Open. Then she bounced back quicker than expected by winning the China Open earlier this month.

“Winning in Beijing was huge. It also gave me the belief that nothing is going to set me back. I’m just going to work with this (disease) and this is how it is, and I can do anything,” she said.