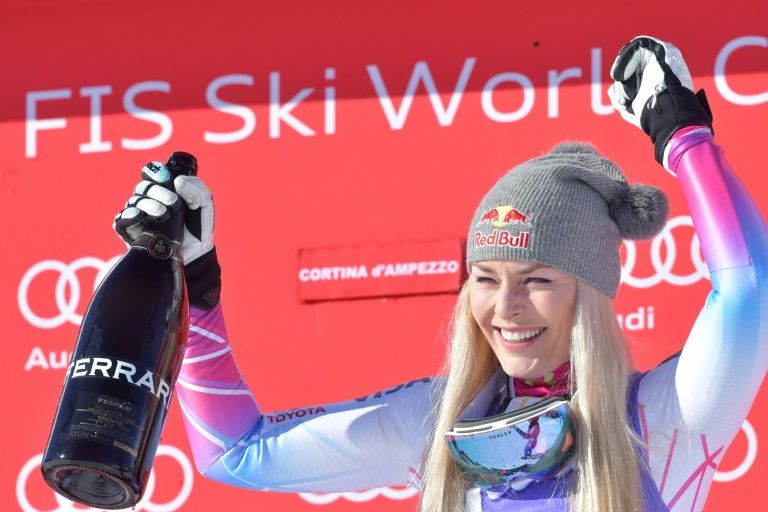 Alpine legend Lindsey Vonn knows her impending retirement will come gift-wrapped with the knowledge she is already the most successful women's skier in history.

But the 34-year-old American intends on making her final World Cup season one for the history books as she targets the landmark of 86 victories on the circuit set by Swedish legend Ingemar Stenmark.

Only four wins short of Stenmark's record, Vonn is adamant she will retire in March 2019 even if she fails in her bid to beat Stenmark's tally.

Given her success over the years and despite the increasing threat of compatriot Mikaela Shiffrin, few will be betting against the four-time World Cup champion reaching her target during the season which opens Saturday with a giant slalom in Soelden, Austria.

"I know I'll get asked about Swedish skier Ingemar Stenmark's record of 86 World Cup wins, and that I never got to race against men, but I still am going to work hard to make both possible," Vonn said in a Sports Illustrated article.

The American, who will miss the Soelden race, is so dominant on the women's scene that she has repeatedly asked the sport's governing body, the International Ski Federation (FIS), to participate in a men's World Cup race. To no avail.

She added: "I still have one more season left and while I will take it all in and enjoy this year, I will also race with the same intensity and focus that I always have."

Barring the kind of injuries that have seen Vonn go under the knife for two ACL (anterior cruciate ligament) reconstructions, multiple knee repairs and enduring the insertion of metal plates and screws all over her body, recent form suggests Stenmark's record is not beyond her.

Last season she won five World Cup races and although set to begin her season at the Lake Louise downhill in Canada, skipping the Soelden leg, Vonn could compete in about 20 downhill and super-G events.

Yet, as Vonn has experienced, disaster can strike any time. Italian Sofia Goggia, the Olympic downhill champion, was ruled out until at least January after suffering an ankle injury while training last week.

And the American will also have to contend with the skier expected to take up her mantle, compatriot Shiffrin.

The 23-year-old ace has won the last two World Cup titles and, with 43 World Cup wins to her name, mostly in the technical events of the slalom, she looks destined to follow in Vonn's footsteps having won her first World Cup downhill, at Lake Louise, last year.

With the media glare on Vonn, for Marcel Hirscher it should be back to business as usual -- if the Austrian can keep his motivation levels high.

Hirscher has won a record seven World Cup overall crowns and, at the relatively tender age of 29, is expected to win an eighth on the men's circuit.

A two-time Olympic champion who boasts four world titles and 58 World Cup wins, Hirscher evoked the possibility of retirement earlier this year before committing himself to another season of competition.