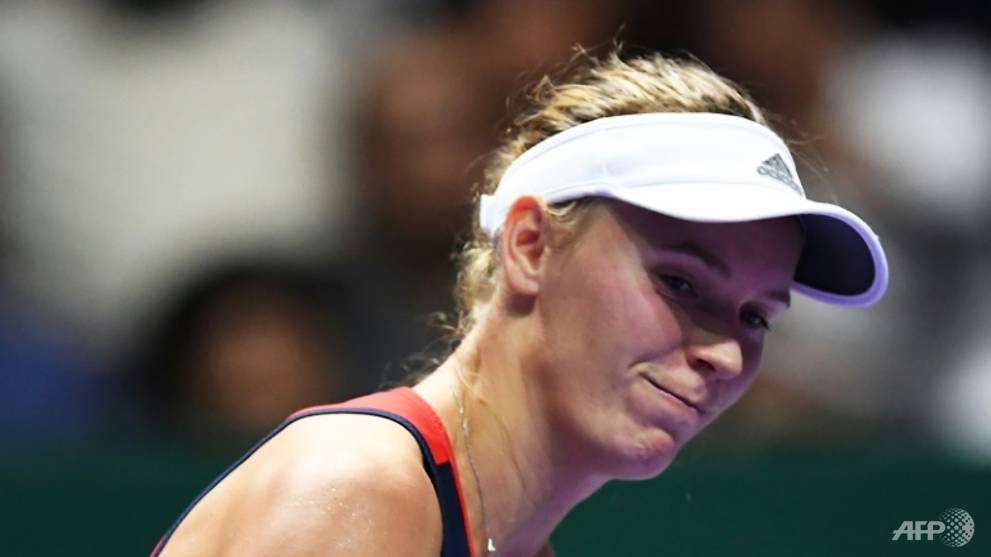 World number three Caroline Wozniacki, who crashed out of the WTA Finals at the hands of Elina Svitolina, said she had been diagnosed with rheumatoid arthritis AFP/Roslan RAHMAN

SINGAPORE: World number three Caroline Wozniacki revealed on Thursday (Oct 25) that she has been diagnosed with rheumatoid arthritis, a revelation she found out before the US Open.

The Dane crashed out of the WTA Finals with a 5-7, 7-5, 6-3 loss to Elina Svitolina, ending her title defence. It completed a momentous season for Wozniacki, who captured her first Grand Slam at the Australian Open in January.

Wozniacki said she initially felt unwell after Wimbledon before waking up during the Rogers Cup in August unable to lift her arms. She was diagnosed with rheumatoid arthritis, a disease that attacks the joints, before the US Open.

"It's been a lot to just take in. After the US Open, I just kind of had to figure out what really was going on," she told reporters. "So that's when I really figured it out. I went to see one of the best doctors there is and start treatment."

The 28-year-old said she would look at ways during the off-season to control the autoimmune disease. "You find a plan, figure out what to do, you do your research, and thankfully there is great things now that you can do to it," she said.

"You just kind of move on from it and work through it and figure out how to deal with it and live with it."

Wozniacki said it was a condition she would have to deal with daily.

"The medication has really improved, so that's amazing," she said. "You have to think about diet, sleep, everything else.

"You know, it's a lifetime thing. It's not something that just goes away."

Her victory at the China Open earlier this month was particularly emotional.

"I think that meant so much to me," she said. "It also gave me the belief that nothing is going to set me back."