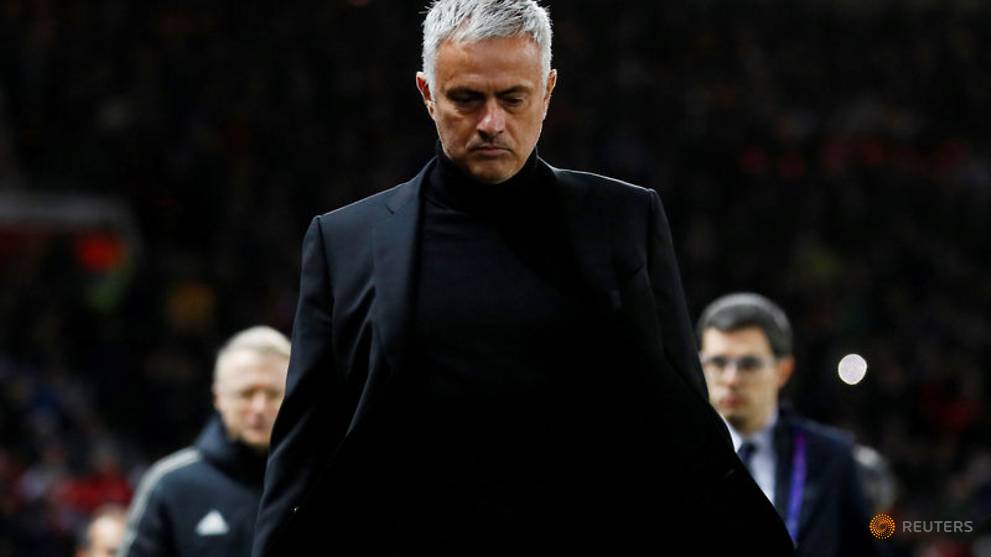 Manchester United manager Jose Mourinho has criticised some national teams for not sending injured players home soon enough and for not providing adequate information about the extent of their problems.

MANCHESTER, England: Manchester United manager Jose Mourinho has criticised some national teams for not sending injured players home soon enough and for not providing adequate information about the extent of their problems.

Before this month's international break, United came back from two goals down to beat Newcastle United 3-2 at home in the Premier League, giving the club a lift after a series of disappointing results.

However, their squad has been depleted since and they have drawn 2-2 at Chelsea, where they conceded a late equaliser, and suffered a 1-0 home defeat to Juventus in the Champions League on Tuesday.

Ahead of Everton's visit in the league on Sunday, Mourinho lamented that his staff had been left in the dark about the fitness of key members of his squad.

"We play against Newcastle and we go to the national team period in a good situation and then after two weeks we lost (Diogo) Dalot in Portugal, (Marouane) Fellaini in Belgium, we lost Alexis (Sanchez) with Chile... (Scott) McTominay with Scotland," the Portuguese told a news conference on Friday.

"Some of the national teams were very professional with us and send the players back and we could start the process early.

"But some of them wouldn't and they kept the players and we didn't even know the dimension and nature of injuries. So when the players arrived two days before Chelsea we had no idea of what is going on."

The injuries to United's attacking players, such as Sanchez and Fellaini, are perhaps the most significant, given the added factor that striker Romelu Lukaku has failed to score in his last eight matches in all club competitions.

Despite the paucity of goals up front, Mourinho said that United would not look to re-sign former striker Zlatan Ibrahimovic in January. The Swede has scored 22 goals in 26 appearances since joining LA Galaxy in March.

Instead, he backed Belgian Lukaku, who has scored as many goals (four) in two international matches as he has in 13 for United this season, to rediscover his scoring touch soon.

"One day he will score and one day his confidence levels will be back to normal, which clearly they are not there but I always feel that," Mourinho said.

United will wait until almost the last moment to see whether Jesse Lingard can have an impact against Lukaku's former club. The England international has missed the last five matches with a muscle injury, initially triggered at the World Cup.

"Can he help us in the next match (against Everton)? That's the question we have to answer tomorrow or if we wait one more week and give one more week of stability to the work, so he can be back next week. So, he's almost there," the coach added.

United are 10th in the league standings, one point and two places behind Marco Silva's Everton after nine games.