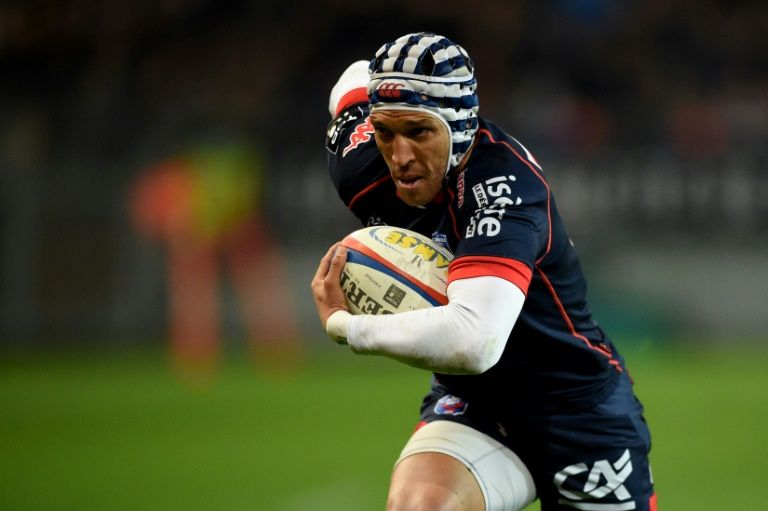 The Springboks, who have won five Tests and lost five this year, face England, France, Scotland and Wales on consecutive Saturdays from November 3.

Japan-based full-back/wing Aplon, who formerly played for Western Province and in France, is a forgotten man of South African rugby having last worn the green and gold six years ago.

Wing Petersen, centre Nel and lock Schickerling were part of the Western Province team beaten 17-12 by the Sharks in the Currie Cup final in Cape Town on Saturday.

"Gio has experience of playing in the challenging European conditions from his club rugby stint in France," said coach Johan 'Rassie' Erasmus.

"It is always good to welcome new players to the Springbok environment and I'm excited to work with them as I am sure they will bring a lot of energy to the group."

"Louis has been impressive in the Currie Cup and also brings a lot of experience," Erasmus said of recalled one-cap scrum-half Louis Schreuder from the Sharks.

Aplon was among six overseas-based players named with full-back Willie le Roux of Wasps and wing Cheslin Kolbe of Toulouse the other backs.

Prop Vincent Koch of Saracens, flanker Francois Louw of Bath and No. 8 Duane Vermeulen of Kuboto Spears in Japan complete the list.

Much attention will focus on the three scrum-halves as first-choice Faf de Klerk is unavailable because of club commitments with the Sale Sharks.

Blue Bulls duo Embrose Papier and Ivan van Zyl and Sharks' Currie Cup-winning skipper Schreuder are the options for the No. 9 jersey during November.

Prop Trevor Nyakane, who can play loosehead or tighthead, and lock Lood de Jager from the Bulls were recalled after missing all 10 Tests this season due to injuries.

But injuries rules out legendary 107-cap prop Tendai 'The Beast' Mtawarira and centre Lukhanyo Am, both Sharks.