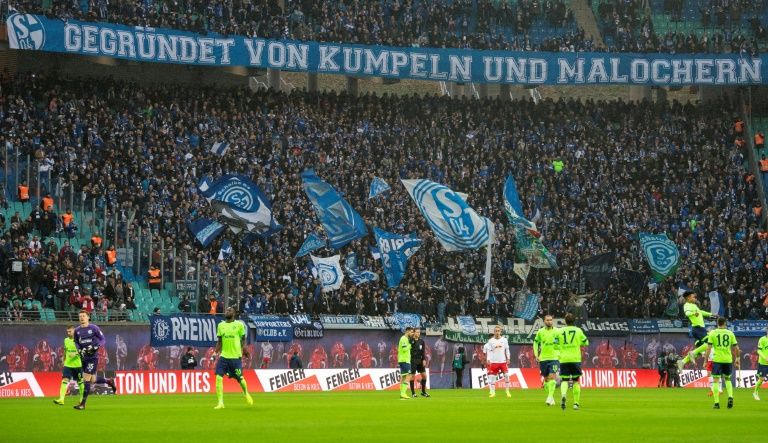 Germany goalkeeper Kevin Trapp was furious with his Eintracht Frankfurt side after a 92nd-minute equaliser salvaged their recent unbeaten run in a 1-1 Bundesliga draw at Nuremberg on Sunday.

Frankfurt are now six games without defeat in all competitions after Sebastian Haller's late leveller, but Trapp was far from impressed with their performance.

"I don't know if we've won too much or if the mood (in the squad) was too good, but we can't go believing we'll just knock Nuremberg over like that," fumed Trapp on Eurosport.

"It was simply a bad performance from us."

Frankfurt were set to suffer their first defeat since late September when Slovakia striker Adam Zrelak put Nuremberg ahead 12 minutes from time, moments after coming on to make his Bundesliga debut.

The 24-year-old headed home a chip to the far post past Trapp, who is on loan at Eintracht from Paris Saint-Germain, two minutes after coming off the bench.

However Frankfurt kept their composure and a last-gasp effort by Haller, who got a foot to a superb cross from defender Danny da Costa, salvaged a point.

It was Haller's fifth goal of the season having also scored twice and set up two more in Frankfurt's 7-1 thumping of Fortuna Duesseldorf last weekend, a match in which Frankfurt striker Luka Jovic scored five goals.

Frankfurt are seventh in the league table while Nuremberg are down in 13th after victories against fellow strugglers Duesseldorf and Hanover 96.

Elsewhere, Schalke goalkeeper Alexander Nuebel, playing only his third game this season with club captain Ralf Faehrmann injured, pulled off a string of saves in their goalless draw at RB Leipzig.

Breel Embolo wasted a golden first-half chance to put Schalke ahead when he managed to power his header wide of the post when he was free in the middle on 28 minutes in Leipzig.

Nuebel had a horror moment five minutes from the break when he fumbled a corner and the ball bounced behind him, but a Schalke boot spared the 22-year-old's blushes.

Leipzig had the ball in the Schalke net early in the second half, but Yussuf Poulsen was flagged for offside after rounding Nuebel and firing into an empty net.

The result keeps Leipzig fifth in the table, while Schalke are 15th and just above the relegation places.