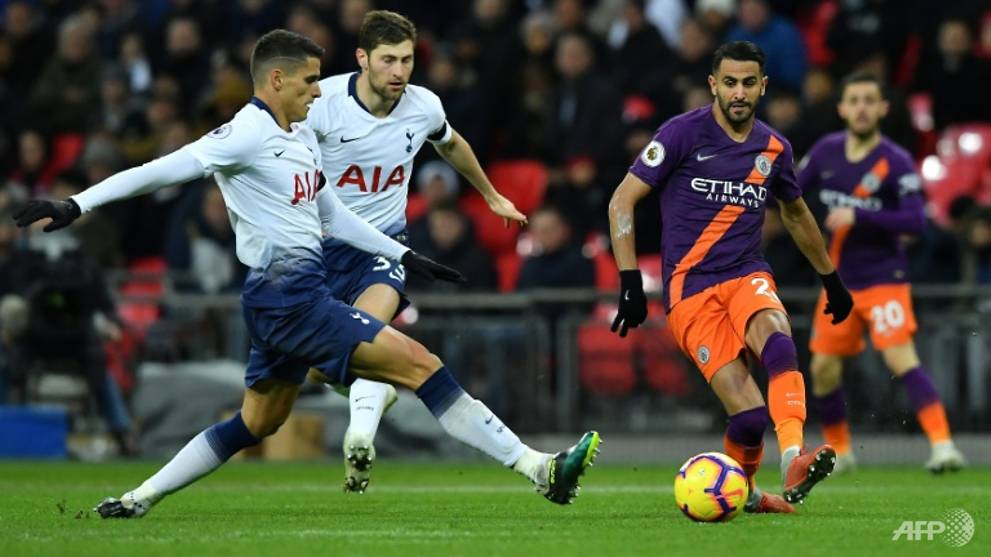 LONDON: Manchester City star Riyad Mahrez dedicated his Wembley winner against Tottenham to Vichai Srivaddhanaprabha after the "heart-breaking" death of the Leicester owner.

Vichai died on Saturday when his helicopter crashed just moments after taking off from Leicester's King Power Stadium following their match against West Ham.

The football world was stunned by the tragic accident and it was especially hard to take for Mahrez, who spent over four years with Leicester and was a key figure in their remarkable Premier League title triumph in 2016.

The Algeria winger enjoyed a good relationship with the charismatic Vichai before moving to City ahead of the current campaign.

Devastated Mahrez admitted he was torn about whether to play for City against Tottenham, but went ahead because he believed Vichai would have wanted him to.

After scoring the only goal of the game in the sixth minute, Mahrez celebrated by raising his fingers to the sky in tribute to Vichai.

"It has been very, very difficult for me. It is not easy to have this type of stuff. The 'Boss' was very special to me," Mahrez told Sky Sports.

"I spent four and a half years there and have many memories with him. He was such a good person.

"I am very, very sad. That is why when I scored I put my hands in the sky for him. He did a lot for me and Leicester and it is difficult to speak about. It is very sad."

Mahrez flourished at Leicester and was voted PFA Player of the Year for his dazzling displays in their title triumph.

The 27-year-old insisted he wouldn't have been able to rise to the top without the support of Vichai, who bought Leicester in 2010.

"He was like a dad. He was very special. He was such a good person, a big heart and it was heart-breaking and shocking for me to hear this news and for all of the other people who died with him," Mahrez said.

"It is a difficult situation I am with Leicester and the family of the victims.

"I always wanted to play. I know he would have wanted me to play. He was passionate about football.

City manager Pep Guardiola praised Mahrez for maintaining his focus against Tottenham despite such a harrowing few days.

"He knew the owner. It's a big loss for all the families in Leicester. He was part of them for many years," Guardiola said.

"I didn't ask if he wanted to play because I know how competitive he is. Sometimes to play a game helps you, not forget it, but to think in a better way.

"He did really good, he was focused and did a great job."