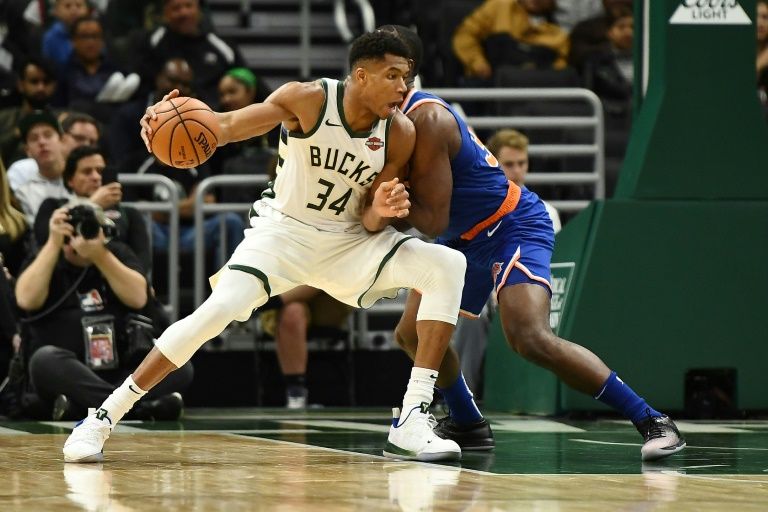 Milwaukee Bucks forward Giannis Antetokounmpo was placed in the NBA's concussion protocol on Monday and will miss a showdown of unbeatens against the Toronto Raptors.

The 23-year-old Greek power forward, averaging 25.0 points, 14.2 rebounds, 5.7 assists and 1.7 blocked shots a game this season, suffered a blow to the head in a victory Saturday over Orlando.

Antetokounmpo was elbowed in the head by Orlando's Aaron Gordon and fell to the floor underneath the basket midway into the first quarter.

"I just got hit in the head," Antetokounmpo said. "I tried to block the shot. I fell down. I don't remember much after that. I have to be careful with that. I just remember the hit. But I'm fine."

Antetokounmpo passed neurological tests Saturday that provided significant doubt he had suffered a concussion and was allowed to return to play but he was re-evaluated Sunday and reported new symptoms along with a lingering headache.

That was enough to have Antetokounmpo put into concussion protocol and end any chance he would play Monday against the visiting Raptors, who like the Bucks are 6-0.

The winner will be the last remaining unbeaten team in the NBA this season.

The Bucks are off to their best start since 1971-1972, a season after the club won its only NBA crown.