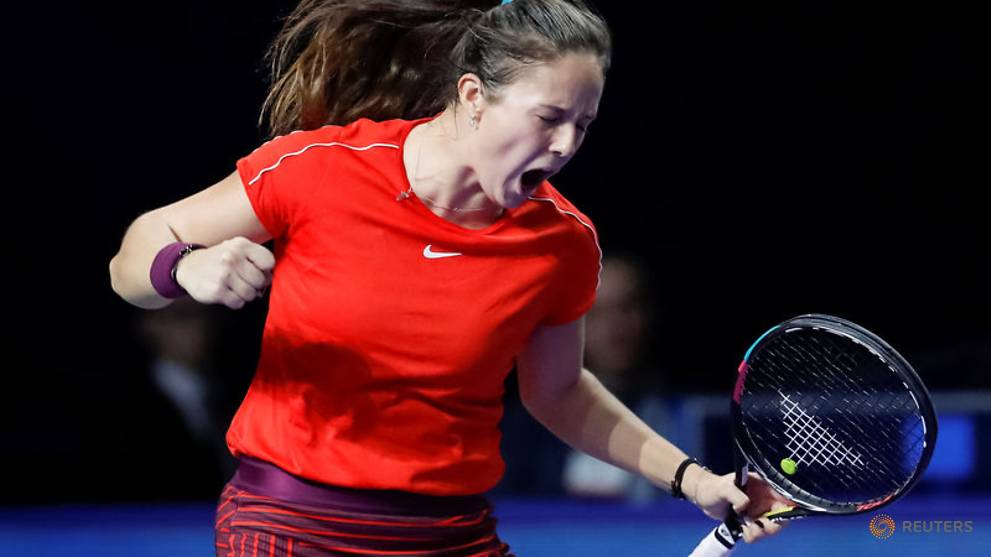 Top seed Daria Kasatkina overcame a stern test from Wang Qiang in the opening round-robin match at the WTA Elite Trophy in Zhuhai, outlasting the local favourite 6-1 2-6 7-5 on Tuesday.

REUTERS: Top seed Daria Kasatkina overcame a stern test from Wang Qiang in the opening round-robin match at the WTA Elite Trophy in Zhuhai, outlasting the local favourite 6-1 2-6 7-5 on Tuesday.

Competing as a top-10 player for the first time, Kasatkina broke her opponent twice to claim the opening set.

But Wang, China's top-ranked player, rebounded with a string of aggressive groundstrokes to force a decider.

The final set was a topsy-turvy affair with nine successive games against serve before Kasatkina finally held her delivery together to clinch the victory in just under two hours.

The 21-year-old Russian will next face American Madison Keys in Azalea Group, with a victory guaranteeing Kasatkina a spot in the semi-finals.

Third seed Aryna Sabalenka, the youngest player in the tournament's four-year history at 20, battled past Australian Ashleigh Barty 6-4 6-4 to top the Orchid Group.

The 20-year-old Belarusian came back from a break down in the second set to reel off four straight games on her way to a first victory in Zhuhai.

"I didn't play some tournaments since a few weeks ago, so I was really missing tennis," Sabalenka, who recorded her 46th match win of the season, said in her on-court interview.

"Today I was running to every ball, trying to show my best game. So I'm so happy with this result."

The Elite Trophy features the world's top 12 singles players who did not qualify for the WTA Finals last week.

The round-robin format will see the winners from each of the four groups advance to the semi-finals.

(Reporting by Hardik Vyas in Bengaluru; editing by Martyn Herman)