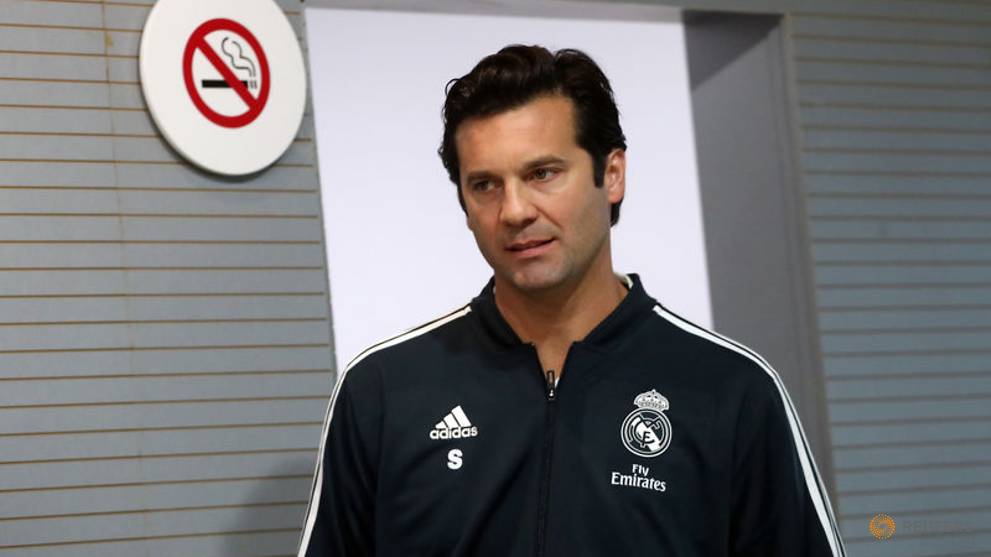 Solari says Real stars in pain and determined to fight back

Real Madrid's interim coach Santiago Solari says the squad are hurting but determined to turn around their dismal start to the season.

MADRID: Real Madrid's interim coach Santiago Solari says the squad are hurting but determined to turn around their dismal start to the season.

Julen Lopetegui was sacked on Monday, after four and a half months in charge, and replaced by Madrid B team coach Solari, who faced the media for the first time on Tuesday.

"I have found a group in pain but eager to start and reverse the situation," Solari told reporters after supervising his first training session.

"It is a group of champions and warriors, it is not the easiest situation, but I see they want to turn it around."

Madrid are ninth in La Liga after a 5-1 drubbing by Barcelona on Sunday. Solari's initial task is a clash with third-tier minnows Melilla in the first leg of their Copa del Rey last 32 clash on Wednesday.

But he says the trip to the tiny Spanish autonomous enclave in north Africa is a chance to get back on track.

"The idea is to go to Melilla and show a lot of character," said Solari. "I have great hopes. To work at Madrid is a great opportunity."

Solari will hope that he can follow in the footsteps of Zinedine Zidane who also stepped up from B team coach after Rafael Benitez was sacked in January 2016.

Zidane led Madrid to three consecutive Champions League triumphs but Solari is not encouraging comparisons with the Frenchman.

"We have to leave Zidane in peace, he's one of the biggest Madrid legends," he added. "Zizou cannot be described, we must leave him alone in his greatness."

Solari, who joined Real from rivals Atletico Madrid in 2000 played with Zidane in Madrid's midfield between 2001-2005, before moving to Inter Milan.

The former Argentina international returned to Madrid in 2013 to take charge of one of the youth teams before being promoted to B team coach in 2016.