The world champion title is for the dynamic two-way event.

The duo are required to perform both speed and free routines.

During the speed round, each member of the dynamic two-way team goes through a specific sequence and are required to complete it as fast as possible.

And during the free round, the athletes perform their own routines to a song of their choice.

Poh and Choo did their routine over Walk Like An Egyptian by The Bangles.

Poh and Choo were the only female pairing at the meet.

They completed the speed round against France’s Team Aerogravity in 56.83 seconds — just 0.77 seconds ahead of the French team.

The competition ended on Sunday.

Poh competed as the youngest participant in the solo freestyle open category and won a silver medal after conceding 0.2 marks to Latvia’s Tom Ivans, who won first place.

She competed in this category despite being eligible for the junior category, for those aged 18 and below.

This made Poh the youngest competitor in the category.

Choo came in second in the Solo Freestyle Junior Category after Kayleigh Wittenburg from the USA beat her by 0.4 marks.

This is Choo’s first attempt and win at a freestyle event in an international competition.

Poh said: “Our exams also took place during the same time as our training. We did our absolute best and are so happy that the effort paid off.”

Choo said: “We’ll work hard to retain our dynamic two-way title in the next world championship. Most importantly, we want to grow together as a team.”

The duo have been involved in the sport as Team Firefly for eight years, iFly Singapore said.

She also won two gold medals at the 2017 Wind Games in Spain.

Congrats. They have made sg proud 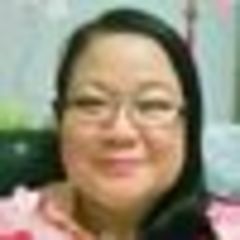