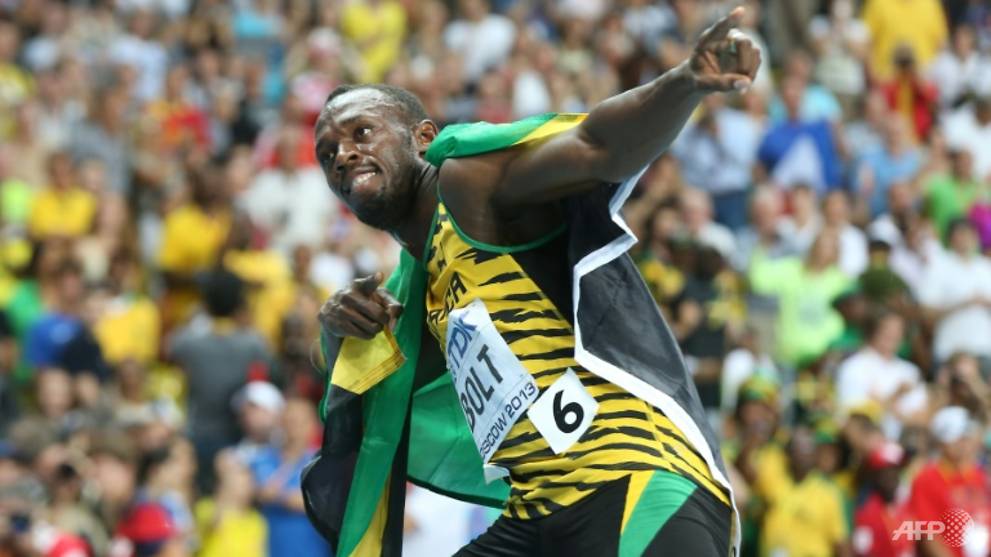 SYDNEY: From Michael Jordan to Usain Bolt, a select few elite athletes have attempted the switch to another top-level sport in a trait psychologists see as a "high need to achieve" coupled with filling a gulf in their lives.

Sprint king Bolt is the latest example, with the eight-time Olympic champion on a mission to become a professional footballer, trying out with Australian team Central Coast Mariners after retiring from track and field.

It is a boyhood dream for the 32-year-old Jamaican, who remains the 100m world record holder.

But his abilities have been questioned, with the fitness levels and skill-sets needed for soccer very different from being the fastest man on earth.

Martin Hagger, a world-renowned psychologist at Curtin University in Perth, said sports-hopping at the end of athletes' careers was never easy.

"Athletes like Bolt have what psychologists call a high need to achieve, an innate drive that means they thrive on competition and the need to display to themselves (and others) high competence in a competitive arena," he said.

"This is also likely manifested in certain personality traits such as extroversion and conscientiousness.

"There is, of course, also the possibility of some level of narcissism, but that's not necessarily an ingredient as many top athletes are not necessarily self-involved egos."

Retirement can be a tough moment for many professional sportsmen and women, with life as they know it changing completely. The adoration from fans is gone, as is the adrenaline rush of victory.

Many have struggled out of the limelight, notably Australian Olympic swim stars Ian Thorpe and Grant Hackett, who both battled their demons, including depression, after hanging up their goggles.

"I NEED TO COMPETE"

Hagger said this was part of the reason some attempt comebacks, or try to crack a new sport.

"The high need for achievement can also lead to a substantive gulf in the life of an athlete when they retire," he said.

"For many, they find other means to channel their competitive needs, such as in management and coaching, or in other areas.

"However, some feel that need can only be fulfilled in the sport arena and hence they either make high-profile comebacks (with varying degrees of success) or they seek to cross over to other sports."

Examples include England cricketer Andrew Flintoff and former Manchester United footballer Rio Ferdinand, who both had a go at boxing.

Eight-time Grand Slam-winner Ivan Lendl tried his hand at golf after retiring from tennis, playing a handful of professional tournaments.

"Golf gave me something that tennis couldn't give me any more," Lendl told The Guardian in 2008.

"I need to compete. I had been trained to compete all my life and I couldn't just walk away from that. I would have bitten my dog."

There have also been success stories, most of them achieved mid-career.

And multi-talented Ellyse Perry played for Australia at both the cricket and football World Cups.

Perhaps the most high-profile sport-swapper was Jordan, considered the greatest basketball player of all time.

He famously signed for the Chicago White Sox baseball team after retiring in 1993, and was given a minor league contract. But his baseball career never took off and he returned to the hoops a year later.

The American claimed he had lost the desire to play basketball after his father's death and wanted to do something different.

Fleur van Rens, a sports psychology lecturer and academic chair of the Elite Athlete Program at Murdoch University in Perth, said athletes changed sports for a multitude of reasons, including identity loss after retirement and even exercise dependence.

"Upon athletic retirement, the athletic identity disappears. Those athletes who have not developed another identity tend to find themselves in a small existential crisis - they need to figure out who they are beyond their sport," she said.

"This makes the athletic retirement process detrimental to the wellbeing of some former athletes ... and could cause them to consider a comeback or a pursuit in another sport."

Lack of self-worth may also play a part, but it could simply be enjoyment of sport or to fulfil a long-held dream, as in the case of Bolt.

Many top athletes excelled at other sports when they were young, but had to make a choice - Rafael Nadal was a talented footballer before focusing on tennis, while Roger Federer was a decent skier.

Bolt was football-mad growing up, but track and field took priority.

Where he goes from here is unknown.

He has previously tried out at other clubs to no avail and is at an impasse after being offered a contract by the Mariners for far less than what he was seeking.

He is no longer training, and must decide whether he wants a football career - and an extended life in sport - badly enough to accept cut-price wages.