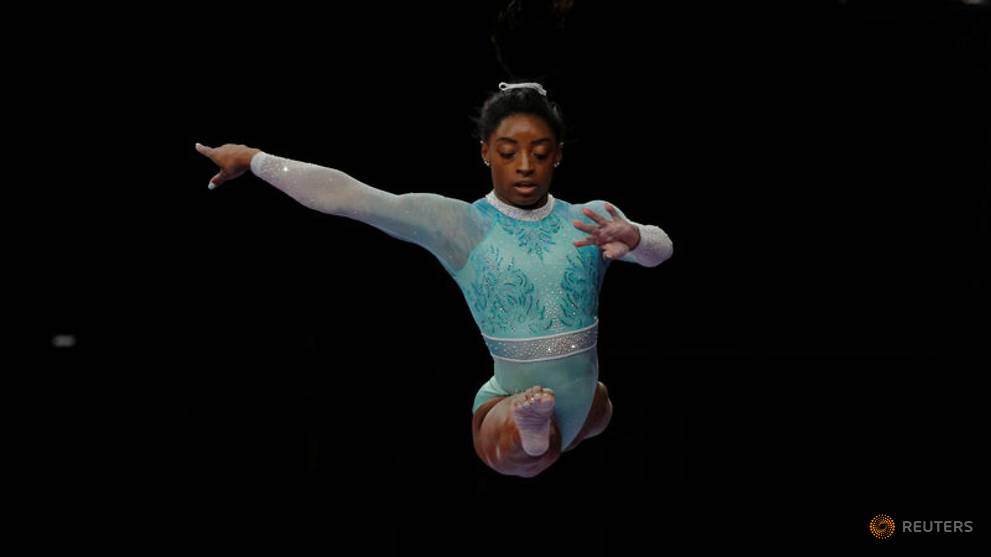 DOHA: Two falls on an "off day" did not prevent Simone Biles from becoming the first woman to win four all-around titles at the gymnastics world championships on Thursday (Nov 1).

Less than a week after visiting a hospital emergency room with a kidney stone that is yet to pass, Biles did not use the condition as a reason for her "disappointing" day.

"This one has probably been the hardest to get out of all my world championships and Olympic medals, and the scariest one," Biles said.

"It’s exciting to bring back a gold medal for the US, but for me it’s a bit disappointing because that’s not the performance I would hope to give."

The 21-year-old took more than a year off after winning four gold medals, including the all-around, at the 2016 Rio Olympics.

"I think I gave everyone out there a heart attack, but it is what it is," she said of her mistakes.

"Even the best fall sometimes, but I’m excited that I pulled it out at the end. I was definitely shocked."