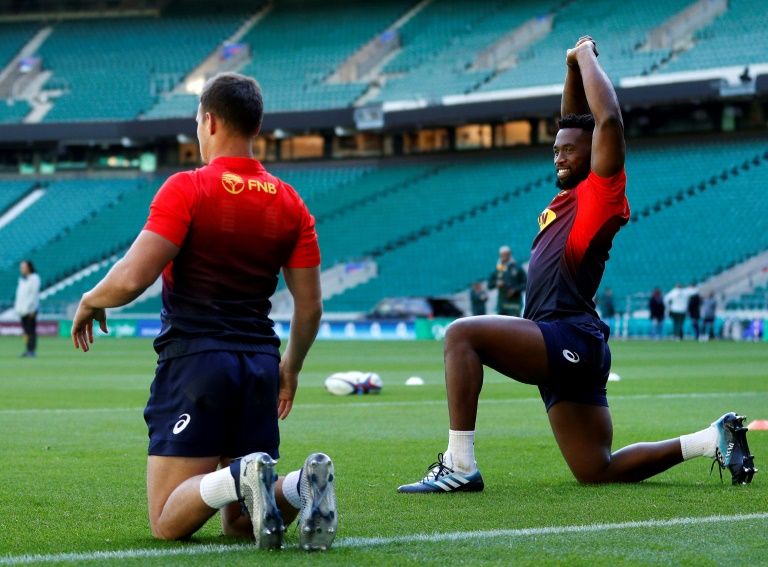 Looking for a private tutor? Check this out now
Education matters: Get your child some help

South Africa captain Siya Kolisi hopes leading the Springboks to a superb victory away to world champions New Zealand will stand him in good stead when he makes his debut at England's Twickenham fortress on Saturday.

But that was arguably surpassed by a stunning 36-34 Rugby Championship triumph against the All Blacks in Wellington in September.

"That was pretty special from us as a team, especially losing the two games before," said Kolisi on Friday.

"No one expected you to perform like that. It kind of gave us belief in that we set the standard there.

"We look at each other now and we know we want to be better than that."

Kolisi, with the 2019 World Cup in Japan on the horizon, said a November run of four straight away Tests -- against England, France, Scotland and Wales -- would be a key test for two-time world champions South Africa whose year is in the balance following five wins in 10 Tests.

"Winning away is very important because we know we are not going to be at home when it comes to World Cup time," said the 37-times capped flanker.

"I think it (the European tour) is going to show what we can do and what we need to improve -- it's going to test us a team."

As the first black Test captain of the Springboks, Kolisi occupies an important place in both the sporting and social fabric of South Africa given rugby union's links to the old apartheid regime and its continued importance to the white, Afrikaner community.

"It's very tough to be Springbok captain," admitted the personable Kolisi appointed by then new coach Rassie Erasmus after a run of poor results for the Springboks, one of rugby's traditional powerhouses.

"But for me I can't change who I am so I carry on being myself.

"Obviously I have more responsibility off the field but on the field, for me, the main priority is to perform.

Kolisi insisted he was not one shouting instructions at his team-mates.

"I'm a happy person but when you step on the field it's a bit different, but I'm very chilled, and I've got a lot of leaders in my team, there's no point of me trying to control everything, to take all that stress on me."

The 27-year-old was embarrassed, however, by suggestions he was now the most important man in rugby-mad South Africa.

"I don't think we have that ranking in South Africa -- no, no, I wouldn't know."

Saturday's match will be Kolisi's first at England's 82,000-capacity headquarters.

"Rugby is huge here, this is where it all started. It is quite exciting. I am really keen to play at Twickenham."

South Africa will be facing an injury-hit England, with the Springboks having a significant advantage in both experience and pack weight.

"That doesn't mean anything," said Kolisi, noting England had won the third Test, 25-10, when the teams last met in Cape Town.

Kolisi added that, after the series, England players had joined the Springboks in singing traditional South African songs.

"It was really cool, that is the most amazing thing about rugby: we bash each other up for 80 minutes and afterwards we chat and get to know each other," he said.

"All those friendships, you get closer to the guys and get to know them better so after the game we can chat but on the field it is a bit different."

But Kolisi insisted such friendly exchanges would only be resumed after Saturday's match.

"There is no chatting before the game though, it is just silence."