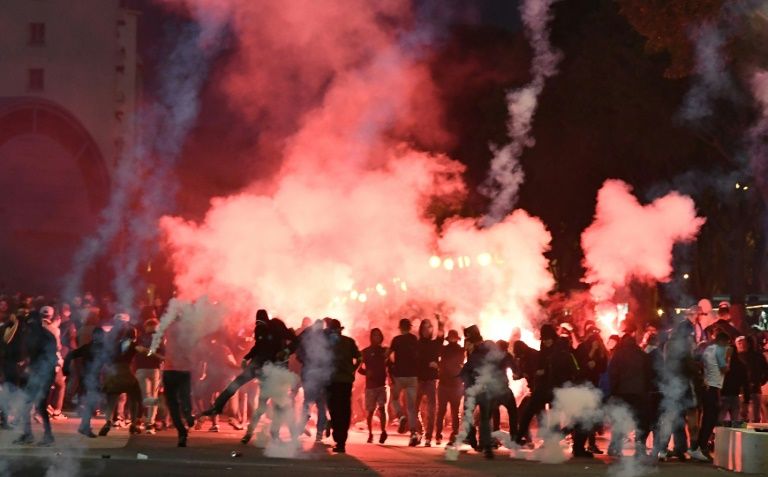 Supporters of French club Marseille have been banned from buying tickets for next week's Europa League match against Lazio at the Stadio Olimpico on following clashes in the away leg in France.

Lazio confirmed on Saturday that the decision had been taken by Italy's National Observatory for Sporting Events, which is part of the interior ministry, who want to avoid scenes similar to those before the first leg of the Group H match in Marseille on October 25.

Supporters from both clubs were injured, with police using teargas to disperse the crowd in the southern French port city.

A statement on the club's website confirmed the "absolute ban on sale (of tickets) to people residing in France" for the November 8 game.

Online and call centre sales are also blocked to prevent anyone getting around the rules.

There are strict guidelines for the purchase of tickets, with a maximum of four per person, with presentation of identity cards required for all ticket holders.

Marseille -- last year's Europa League finalists -- lost 3-1 at the Stade Velodrome, and are poised to exit the competition at the group phase.