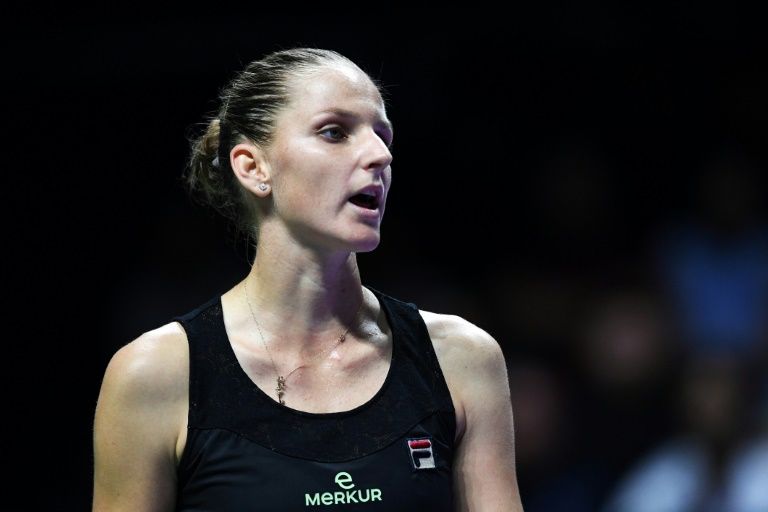 World number eight Karolina Pliskova has pulled out of the Fed Cup final against the United States over a torn calf muscle, the Czech Republic team spokesman said Saturday.

The team physiotherapist "has diagnosed a torn calf and renewed chronic problems with the wrist," spokesman Karel Tejkal said in a statement.

He added the 26-year-old Pliskova had picked up the injury at the recent WTA Finals in Singapore, and that she would be replaced by world doubles number one Barbora Krejcikova on the team.

Pliskova said she was "terribly sorry" to miss the final.

"Already in Singapore I had days when even walking hurt and I felt terrible, but I didn't think it was important," she said in a tweet.

"Our team is so strong that the girls will replace me," she added as the Czechs are looking to improve their 2-10 head-to-head Fed Cup score against the defending champions.

Alison Riske, ranked 63rd in the world, will also make the trip to Prague for the November 10-11 final.

The final pitting the two most successful nations in Fed Cup history -- the USA with 18 trophies and the Czech Republic with 10 including five as the former Czechoslovakia -- will be played on the hardcourt of the sold-out 15,000-capacity O2 Arena.

The United States beat Belarus in Minsk last year with a team including Riske and after seeing off the Czechs in the semi-final.

Led by Kvitova and Pliskova, the Czechs have won five of the last seven editions including all three finals they have played on Prague's hardcourt.

"We still have a strong team and we are still the favourites of the final," said Czech team captain Petr Pala.