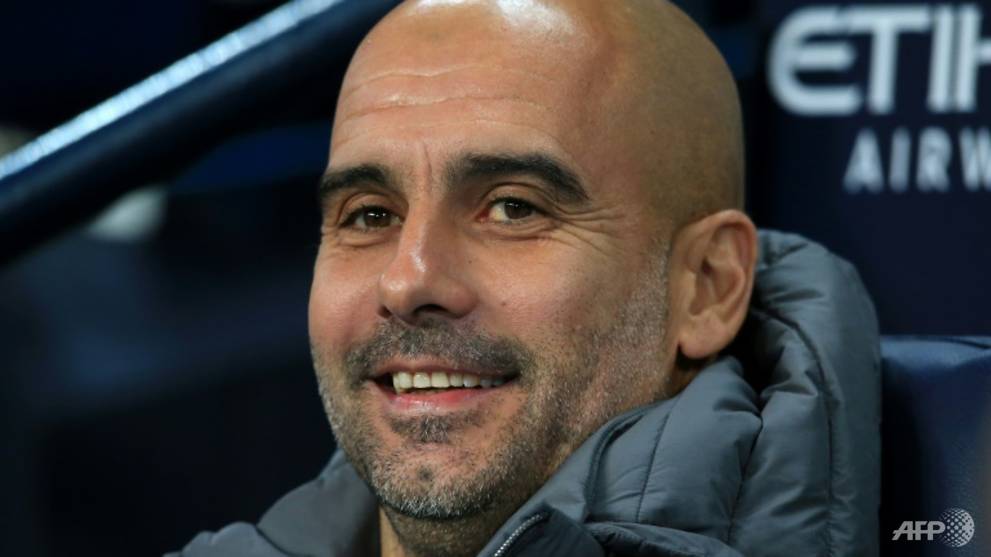 LONDON: Pep Guardiola said managing in England is a "dream come true" as he was honoured by the Football Writers' Association fresh from a 6-1 Premier League victory against Southampton.

The Manchester City manager was recognised for his side's Premier League title last season and the club are again setting the pace this season, with nine wins in 11 games.

Speaking at Sunday's (Nov 4) ceremony in Manchester, he said: "I'm fortunate to be here in your country, in England.

"It's incredible. It was a dream from a little boy for a young manager to come here to your country and be a manager here. It's a dream come true."

"I want to share, of course, this award with the whole Manchester City family because I know it's a real family," said Guardiola.

"I know people say we have a lot of money. That's true but despite that it's incredible the people I'm working with and I'm a lucky guy to be here.

"Thank you so much to make me feel at home in your country here and in Manchester."

The 47-year-old also made light of his outfit for the evening - the event's dress code was lounge suit and Guardiola accepted the award wearing a casual top.

Pointing to his outfit, he added: "Everyone is so elegant with a suit and tie and I came here with ... I am a little bit embarrassed, I'm a disaster. I didn't expect how important this event was."