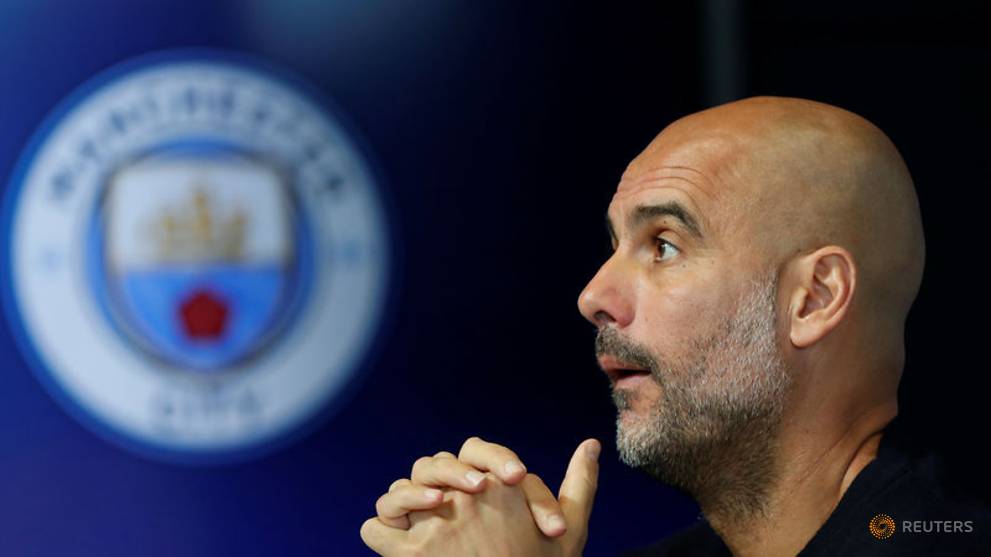 Abu Dhabi-owned City said last week they would not comment on "out of context materials purported to have been hacked or stolen from City Football Group and Manchester City personnel and associated people."

They spoke also of an "organised and clear" attempt to damage their reputation.

Asked about the 'Football leaks' documents, which have been published widely in the media, Guardiola told reporters on Tuesday ahead of City's Champions League game against Shakhtar Donetsk that he had faith in the club.

"What I can say personally is of course I trust a lot with the club and what they have done. And of course we want to follow the rules, whether UEFA, FIFA or the Premier League," said the Spaniard, who joined City in 2016.

"They do what we have to do. Believe me, I am completely honest. I don’t know what happened because I am a manager. I am focussed on what happened on the pitch, in the locker room.

"About the business, about how they handled this kind of situation, I am completely out (of that). But I am part of the club and support the club absolutely and we want to do what we have to do in terms of the rules."

The "Football Leaks" documents, which include emails, contracts and presentations, were obtained by German publication Der Spiegel and reviewed by Reuters in partnership with international media consortium European Investigative Collaborations.

The cache, which spans much of the past 10 years, includes previously undisclosed details of UEFA's investigation of the financial affairs of City and Qatar-owned Paris St Germain.

Under UEFA's "Financial Fair Play" rules, clubs must be transparent about revenues and broadly balance them against expenditure.

The allegations against City, who have a number of prominent Abu Dhabi-based sponsors, are that they manipulated contracts to get around that.

Asked whether the allegations undermined City's achievements, Guardiola said people had been saying for a decade that the club "just win because we have money" but there was also a lot of hard work involved.

"Of course, like many, many clubs around the world they have a lot of money, but they are also an incredible club. Incredible people working here, and how professional they are in all the departments," he said.

"It’s an incredibly professional club, they try to do the good things in the right way. That is all I can say."