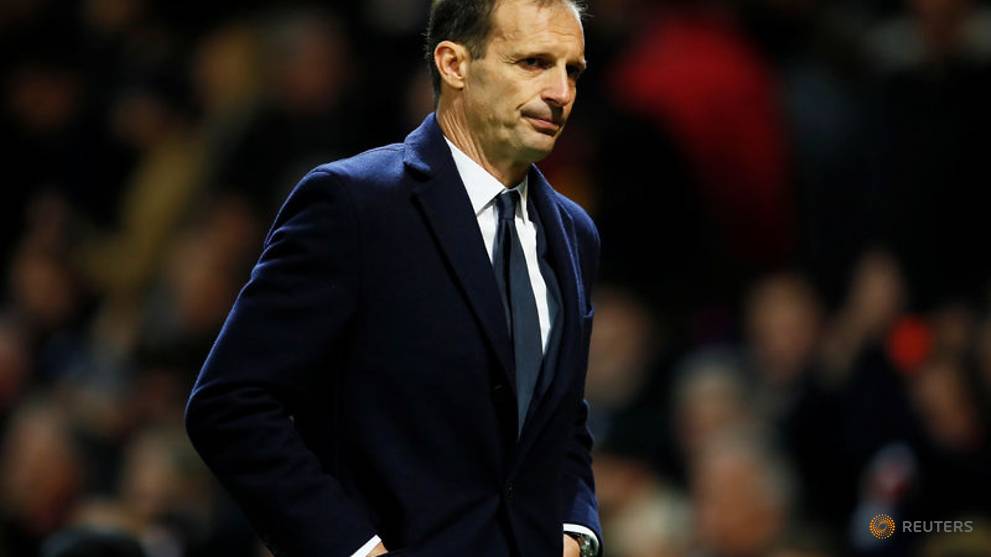 Juventus coach Massimiliano Allegri has played down reports which quoted defender Medhi Benatia as saying he was not getting enough playing time this season.

MILAN, Nov 6: Juventus coach Massimiliano Allegri has played down reports which quoted defender Medhi Benatia as saying he was not getting enough playing time this season.

"It would certainly be just a case of him letting off steam," Allegri, whose side host Manchester United in the Champions League on Wednesday, told reporters.

"Being in a big club also means being able to be left out. I think Benatia has played about half our 14 games this season in a part of the team where there are important players.

"Players like him are hard to find and the same goes for (Andrea) Barzagli, (Giorgio) Chiellini and (Daniele) Rugani. Occasionally, there is an outburst."

The Morocco defender was quoted by La Stampa on Tuesday as saying that "you get tired of only playing once in a while."

"I know I have to work hard to make sure I'm ready, but it's not a nice situation,” he added. “It's natural that I don't like it: I'm 31 and I need to play as much as possible. We will see what happens in January."

Allegri said that forward Mario Mandzukic was fit again after missing Saturday's league match against Cagliari with an injury while Federico Bernardeschi, Emre Can, Douglas Costa and Moise Kean were not available.

“We might go with (Juan) Cuadrado, (Paulo) Dybala and (Cristiano) Ronaldo tomorrow, but I still have to make a decision on that," he added.

"We'll need to play better than we did in Manchester because United are always a threat. We must be completely focused as there's a lot on the line.”

"What do I expect from Ronaldo? I hope he scores a goal." (Writing by Brian Homewood; Editing by Hugh Lawson)