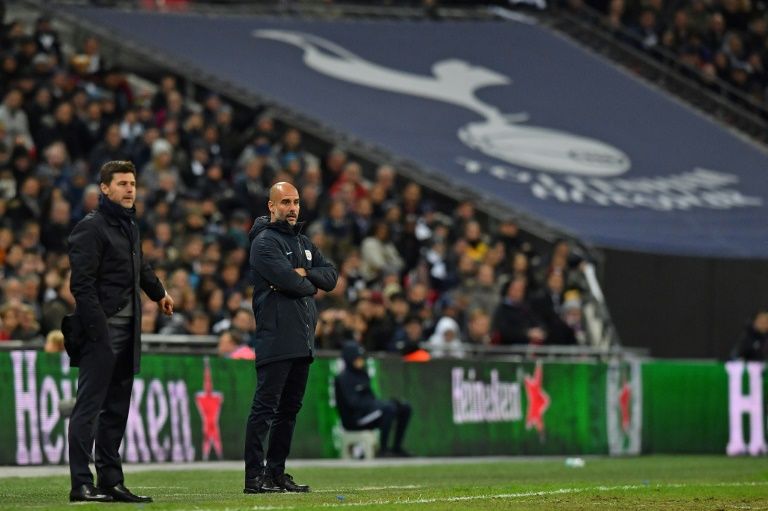 Tottenham manager Mauricio Pochettino said Thursday that the club are lucky to be playing their home games at Wembley even as they wait for their new stadium to be finished.

Spurs have been in the national stadium since the beginning of last season and recently committed to staying there until at least January following significant delays to their new ground.

Fans are beginning to suffer from "Wembley fatigue" and are voting with their feet, with crowd numbers dipping in recent weeks, though midweek games and capped attendances have contributed to those figures.

The state of the pitch is another factor to contend with. Spurs had to play on a poor surface 24 hours after an NFL game last week and it was still not in pristine condition for their Champions League game with PSV on Tuesday.

Pochettino, though, said the club are grateful to have Wembley as an option.

"We need to be grateful for Wembley because without Wembley now we play where?" he said.

"Of course, we cannot blame Wembley and I think we need to be grateful because we can compete in London, close to White Hart Lane, close to our training ground and that is a massive advantage for us.

Tottenham's new 62,000-seater home, which was due to be open for the start of the season and then put back to September, still has no official opening date.

Frustrations among fans are rising despite a solid start to the season but Pochettino has again urged them to see the bigger picture.

"I think for our fans, they need to start to create in their minds and think that one day more in Wembley is one day less to being in our new stadium," he said ahead of Saturday's away match against Crystal Palace.

"And that starts to create your motivation and inspires you to feel happy, optimistic and to translate a very good energy.

"That is the most important thing. If we're capable of arriving and starting to play in our new stadium in a very good position, being involved in all competitions, I think our fans in our new stadium are going to be key and decisive maybe to try to win something."