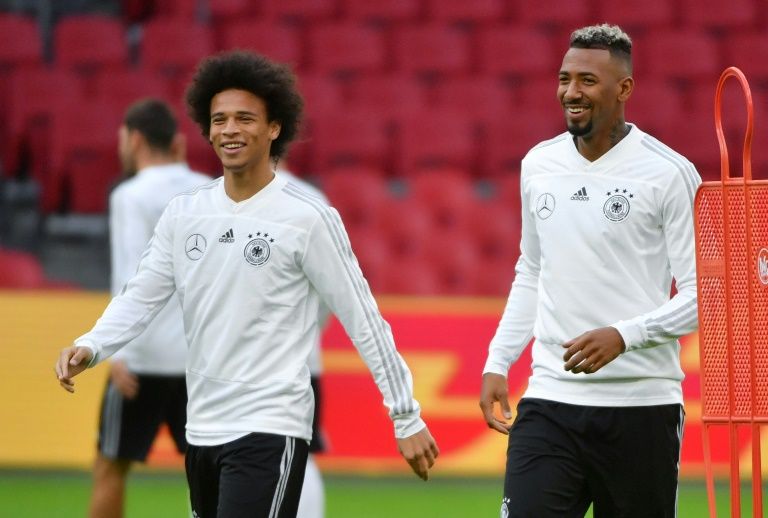 Long-time Germany stalwart Jerome Boateng has been left out of national coach Joachim Loew's squad for internationals in November and been told he could do with a break.

The 30-year-old 2014 World Cup winner, also struggling for form at Bayern Munich, was in the side that slumped at Russia 2018.

"I have spoken to Jerome Boateng and I'm convinced he could do with a good break," Loew told a press conference after naming his squad for a friendly with Russia on November 15 and against the Dutch in the Nations League four days later.

Loew added: "I told him I have several options for his position with many good young players coming through."

The national coach used similar terms in September when announcing there was no place for Juventus midfielder Samir Khedira, who was also left off the latest list.

Loew oversaw an unprecedented German collapse in Russia, where the defending champions lost to Mexico and South Korea and were knocked out in the first round.

Calls for change have been growing since Germany were beaten 3-0 by the Netherlands in October and 2-1 by France three days later.

"I don't want to just dump the 2014 generation," said Loew. "But it is now time for further changes."

"The team needs pepping up and it's my job to do that. I'm certain there will be many more changes too before Euro 2020," he insisted.

Boateng took the news humbly, saying he had had a tiring year.

"After a private conversation we agreed it would be best if I took a break after what has been an exhausting year, which will allow me to focus on Munich," the man with 75 caps to his name said on Twitter.

Loew did however defend Thomas Mueller when asked about other senior players facing competition for places.

"He puts in a great deal of energy, which is why he is still in the team. But of course he is subject to competition for his place," he said.