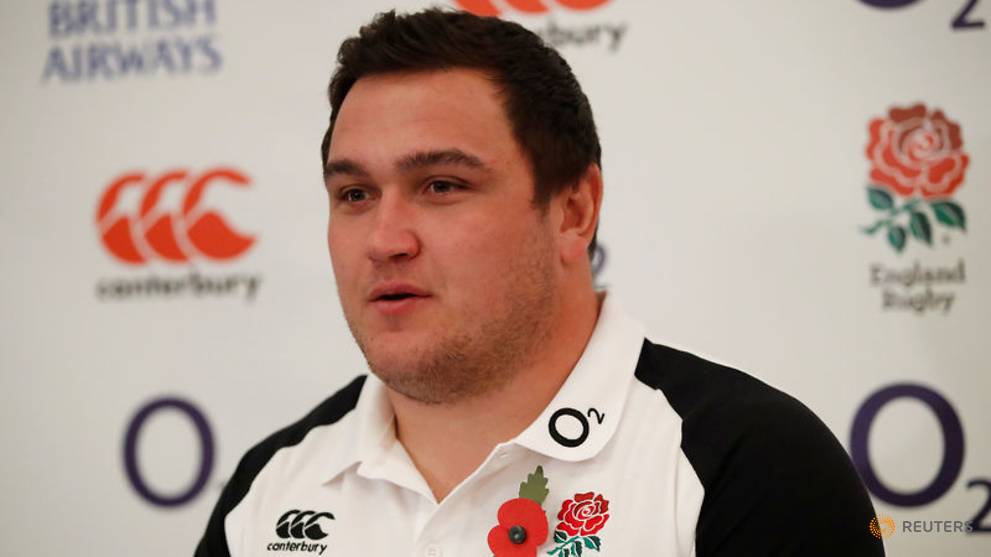 George ready to go in for the kill against All Blacks

England's Jamie George is happy to be among coach Eddie Jones's "finishers" with the potential to close out a famous victory over the All Blacks at Twickenham on Saturday.

LONDON: England's Jamie George is happy to be among coach Eddie Jones's "finishers" with the potential to close out a famous victory over the All Blacks at Twickenham on Saturday.

Jones has taken to describing his replacements as finishers to highlight their equal importance to starters in his side, even suggesting on Thursday that they should have the same shirt numbers.

Saracens hooker George came on for Dylan Hartley to help England to secure a 12-11 win against South Africa last week.

The hosts go into the match having recorded only one victory in their past 15 matches against New Zealand, with the solitary win also at Twickenham six years ago.

But with the world champions having been exposed as mortal when South Africa repelled a late fightback to cling on to a memorable 36-34 victory in September, George is confident that he and his team mates can be relied on to finish the job.

"The last 20 minutes are going to be hugely important. We have seen that in the last few Tests New Zealand have played against South Africa," he told a news conference on Friday. "We know our role is very important. That is something for us to get hugely excited about.

"It is very important for us to stay engaged throughout the game because we never know when we are going to come on. But when we do, we know it is going to be an important part of the game. Hopefully we can make a big impact."

Jones has made three changes to his line-up from last week's tussle against South Africa, including giving Sale's Chris Ashton his first international start in four years in place of winger Jack Nowell.

Ashton, who came on for the final 15 minutes against the Springboks, played and scored a try in England's 38-21 win against the All Blacks in 2012.

But George is also a player who has tasted victory over the three-times world champions. He was part of the British and Irish Lions squad that triumphed in the second test in Wellington last year.

It was a moment the 28-year-old described as the "best feeling in my rugby career so far" and one he believes can be repeated.

"Half of us have beaten the All Blacks before. We have drawn on those experiences this week," he said.

"We have spoken about what we need to do, what we did to beat them previously ... We focussed on why we won those games and hopefully we can bring that into tomorrow."