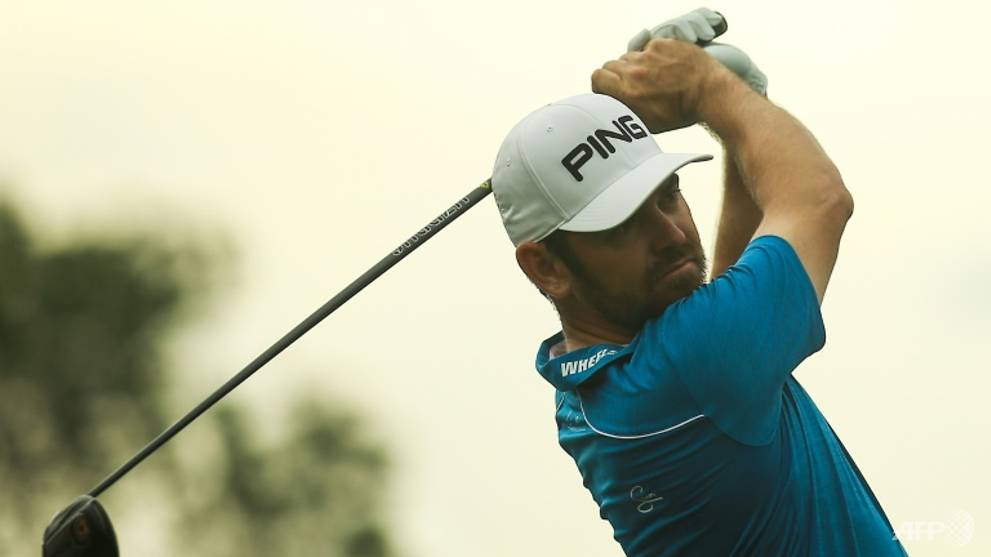 SUN CITY, South Africa: Sergio Garcia bogeyed the par-four 18th and Louis Oosthuizen birdied the hole, providing a vital lifeline for the South African on Saturday (Nov 10) after the third round of the Nedbank Challenge in Sun City.

The Spaniard goes into Sunday's final round as the wire-to-wire leader, his one-under-par 71 lifting him to a 10-under-par total of 206, with Oosthuizen two shots behind after his birdie on the par-four last took him to a level-par 72 and eight-under overall.

Star attraction Rory McIlroy from Northern Ireland, ranked sixth in the world, shot a one-over 73 at the Gary Player Country Club in northwestern South Africa and is 10 shots behind.

Oosthuizen could easily have gone into the final round with a four-stroke deficit but for Garcia sending his second shot out of the 18th hole rough into a grandstand.

He received a free drop, but was unable to get up and down for par.

Oosthuizen received a lucky bounce with his second shot and the ball rolled within eight feet of the hole.

The 2010 British Open winner calmly slotted the putt for just his second birdie of the day to finish a round which was mostly a struggle.

"It was a very big three for me, given the way I was playing. A two-shot swing on the last is great going into the final round," said Oosthuizen.

"Mentally it was a very big putt for me after a really lucky break with the ball rolling all the way down to the hole from the fringe. I'm ecstatic that I'm just two behind.

"From the get-go today I couldn't do anything really, but I quickly realised that it was a day to not play myself out of contention.

"I had to take pars with the wind all over the place and I was very glad to finish level-par. I just wasn't really giving myself good enough birdie opportunities."

Garcia started well with birdies on the second and third holes, but his fortunes subsided thereafter as he played the next 15 holes in one-over, dropping shots on the par-four 13th and 18th while birdieing the par-four 17th.

"It's a tough golf course, simple as that, and it's getting tougher every day. For me it was just more of the same and shooting under par here is always great.

"You want (to be) a couple (of shots) better, but it just didn't happen for me. I had some bad bounces and lip-outs, the greens are faster, the pins are still very tucked and the wind keeps swirling.

Oosthuizen is not the only one who can thwart Garcia's bid for a third Nedbank title.

Young Belgian Thomas Detry picked up three birdies on the back nine to finish three strokes behind on seven-under, a position he shares with Lee Westwood of England and Finn Mikko Korhonen.