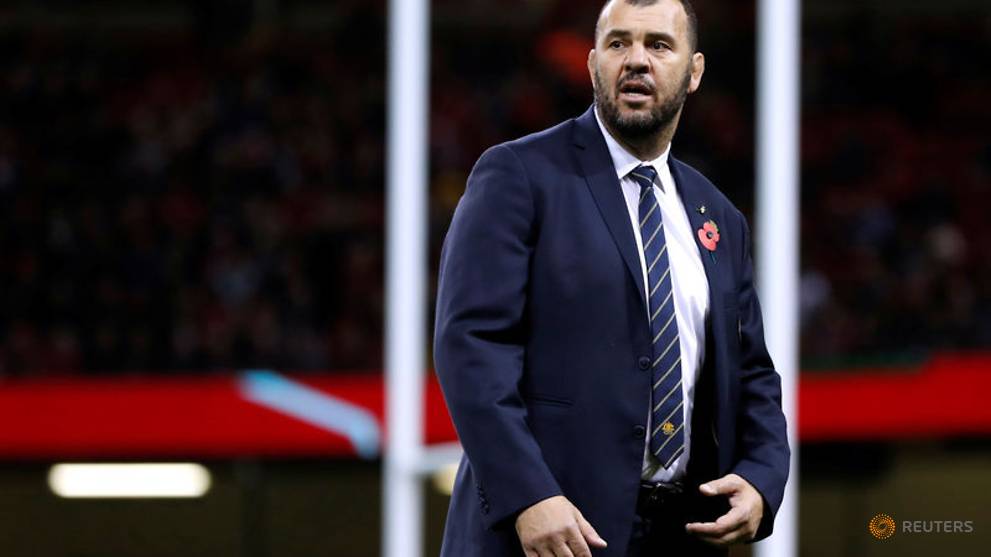 No shame in losing to Wales, says Cheika

Michael Cheika was remarkably sanguine about Australia's first loss to Wales in a decade, saying there was no shame in losing a tight test against a good side and suggesting the Wallabies were due a change of luck.

LONDON: Michael Cheika was remarkably sanguine about Australia's first loss to Wales in a decade, saying there was no shame in losing a tight test against a good side and suggesting the Wallabies were due a change of luck.

Wales had become Australia's banker on their annual trips to Europe in recent years as they built up a 13-match winning streak against the Principality.

Whereas on some of those trips to the Millennium Stadium Australia have come away with a last-gasp win, on Saturday they were on the wrong side of a 9-6 defeat secured by Dan Biggar's 77th minute penalty.

That left the Wallabies, who go on to play Italy and England over the next two weeks, with only three wins from 11 tests this year and set to drop below Scotland again to seventh in the world rankings.

"All I can do is improve the guys in the things that we didn't do well today," Australia coach Cheika told the post-match news conference.

"There wasn't a lot of them. Wales are a good team, they're ranked third in the world for a reason.

"So it was always going to be tight, every game we've played against them has been tight over this last period. This one went against us and those things have happened to us this year, it hasn't always gone for us.

"You've got to take that on the chin, you've got to understand what you're not doing well, improve those things and get a win next weekend."

Captain Michael Hooper admitted he should have directed Bernard Foley to kick for goal rather than the corner when Australia won two penalties in the second half.

Cheika, though, said it was the errors that have plagued the Wallabies this season that ultimately cost them the game.

"We created a fair bit at the start of the game and we needed to cash in on those points," he said.

"Defence was excellent and the effort and just the energy around the game was really good.

"But too many small errors, whether they be at the lineout at key moments or in discipline key moments cost us and released the pressure valve that we had on the opposition."

The next time Australia play Wales will be in Tokyo on Sept. 29 next year when the teams meet in Pool D at the World Cup.

Wales coach Warren Gatland's assertion that his side had never been more comfortable defending the Wallabies than on Saturday drew the one waspish response from the Australia coach.

"He'll get another chance to defend us in 10 months so let's see how they go then," Cheika said.