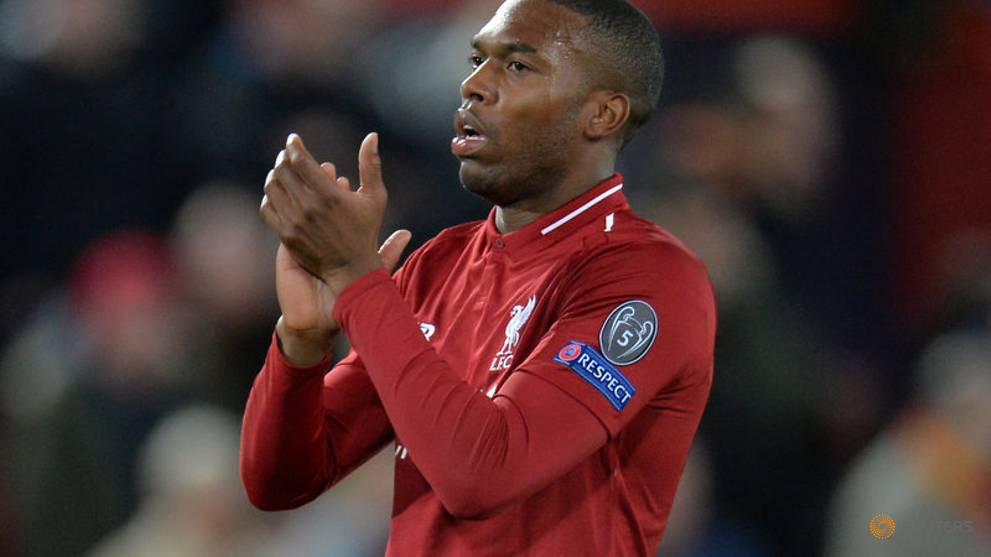 Liverpool striker Daniel Sturridge has been charged with misconduct in relation to alleged breaches of its betting rules, the English Football Association said on Monday.

REUTERS: Liverpool striker Daniel Sturridge has been charged with misconduct in relation to alleged breaches of its betting rules, the English Football Association said on Monday.

The charge relates to the period of January 2018 and the 29-year-old England international has until 1800 GMT on Nov. 20 to respond, the FA said in a statement http://www.thefa.com/news/2018/nov/12/daniel-sturridge-alleged-breaches-fa-betting-rules-121118.

A Liverpool spokesperson said in an emailed statement that Sturridge was cooperating with the authorities.

"Daniel has given his full and unequivocal cooperation throughout this process and has assured the club he will continue to do so," the email said.

"Daniel has also stated categorically that he has never gambled on football. As with any issue of this nature, we will allow the process to be concluded in its entirety before making any further comment."

FA rules prohibit players and coaches from betting on any football activity or providing non-public information to any other person that is then used for betting.

Sturridge has made 12 appearances for Premier League side Liverpool in all competitions this season, scoring four goals.

(Reporting by Simon Jennings in Bengaluru; Editing by Ken Ferris)