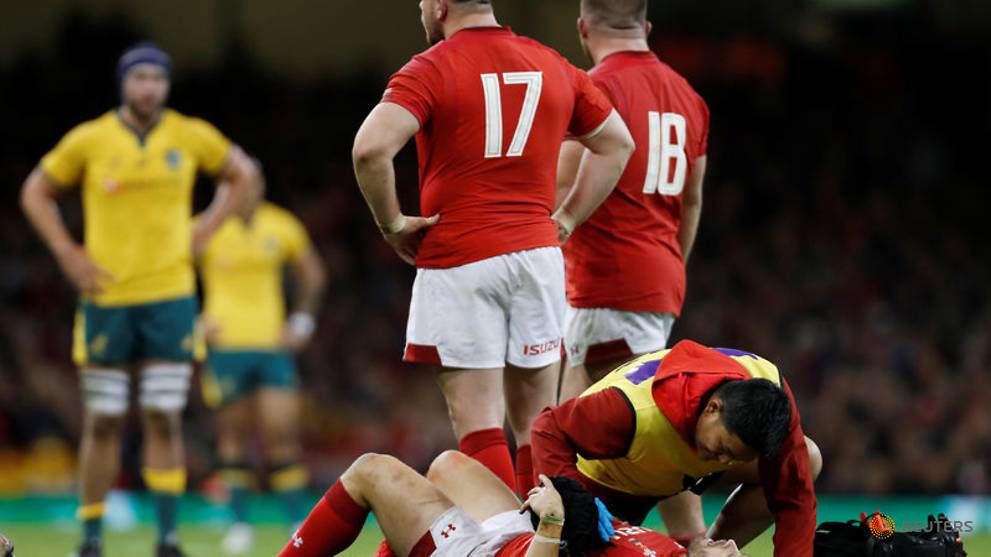 Wales fullback Leigh Halfpenny suffered a concussion against Australia on Saturday and is doubtful for their next test against Tonga, assistant coach Neil Jenkins said on Monday.

REUTERS: Wales fullback Leigh Halfpenny suffered a concussion against Australia on Saturday and is doubtful for their next test against Tonga, assistant coach Neil Jenkins said on Monday.

Halfpenny kicked two penalties in Wales' 9-6 victory but went down in the 74th minute under a tackle from Australia centre Samu Kerevi.

The Welshman left the field to undertake head injury assessment (HIA) protocols and will be monitored for the rest of the week, and Jenkins said Wales should have been awarded a penalty.

"I'm not quite sure what the rules are stating at this moment in time but Halfers doesn't go down lightly, he's a tough old player," the assistant coach told a news conference.

"For him to go down and suffer a HIA, there's certainly some sort of head contact but the ref didn't think so on the day.

"We've got to get on with it. He'll go through his protocols and see where he's at later in the week."

Wales prop Samson Lee has been ruled of the games against Tonga and South Africa due to a hamstring injury.

"It's unfortunate for Samson," Jenkins said. "He's an outstanding rugby player and he's suffered a few injuries. It's sad to lose him but it is what it is."

(Reporting by Hardik Vyas in Bengaluru, editing by Ed Osmond)