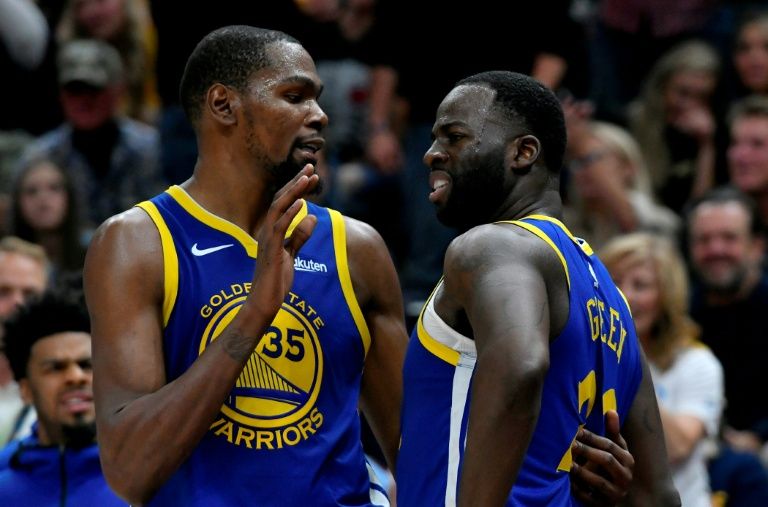 Golden State Warriors star Draymond Green was handed a one-game suspension by the team on Tuesday following a bust-up with Kevin Durant, the team said.

A statement from the NBA champions said Green had been issued with the sanction for "conduct detrimental to the team."

The suspension rules Green out of the Warriors line-up for their game later Tuesday against the Atlanta Hawks.

During Monday's overtime defeat to the Los Angeles Clippers, Green was seen in a heated exchange with Durant following the end of the fourth quarter.

Durant was visibly annoyed after Green kept the ball with the final possession of the game rather than pass to the former NBA MVP to give him a possible game-winning shot.

The Warriors eventually lost 121-116 in overtime.

ESPN reported Tuesday that ill-feeling over the exchange had flared into a confrontation in the locker room following the game.

ESPN reported that several teammates criticised Green for his decision to hang on to the ball rather than pass. Green reportedly defended himself forcefully.

Neither Green nor Durant addressed media following the loss.

"Guys wanted a different outcome than what happened," Livingston was quoted by ESPN as saying "Obviously, Dray had the turnover, guys might have thought they were open or wanted the basketball, didn't get it.

"Things happen like that in sports. But it was good to see some fire, some emotion."