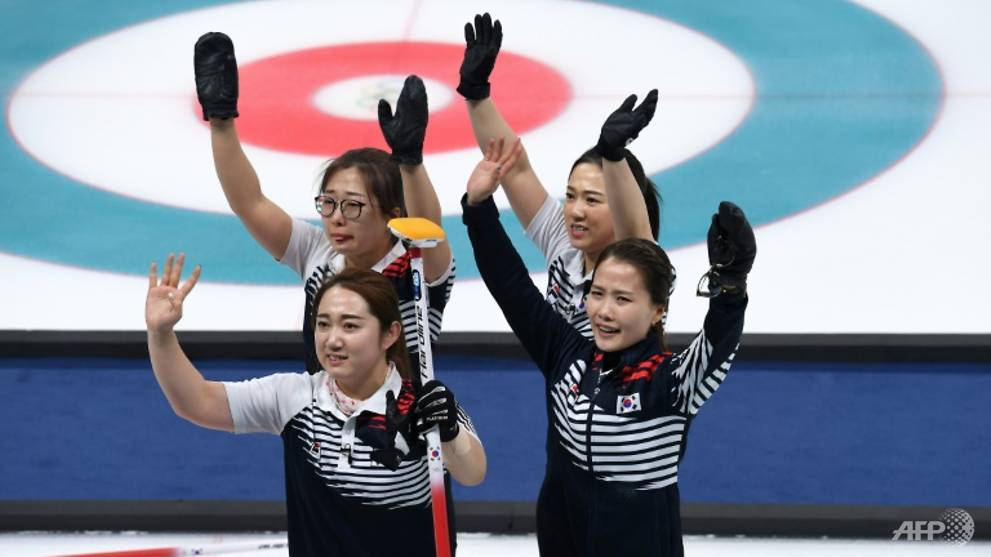 The five women from a small rural town known for garlic farming were rank outsiders at the South's Pyeongchang Games in February, but ended up winning silver, their giant-killing feats along the way earning them celebrity status.

But last week they went public with accusations against their coaches of verbal abuse and exploitation - a rare move in the South's close-knit and hierarchical sporting system, where coaches are hugely powerful.

"We have had a very difficult time, feeling helpless and desperate under repression, verbal abuse and unfair treatment," team member Kim Seon-yeong told a press conference Thursday with her four colleagues.

The team accused the coaches of trying to run Korean curling like a family fiefdom: the husband of their head coach Kim Min-jung is former national men's team coach Jang Ban-seok, while her father Kim Kyung-doo is a former vice president of the Korean Curling Federation (KCF).

The coaches berated the five for speaking to other athletes, fans or journalists at competitions, the team said in a statement, and censored all letters or gifts from fans.

At the same time, the curlers had been pressured to sing the Kim family's praises during media interviews, while the coaches arbitrarily decided which public events the women should attend.

According to the team, the coaches sought to sideline glasses-wearing captain Kim Eun-jung - whose trademark stare became an emblem of the Pyeongchang Games - after she confronted them over how donations and prize money were being spent.

"We thought we were also part of the family but we were not," said the captain.

"They never changed and it became really hard for us to continue curling anymore," she added. "We did nothing wrong."

The curlers are also known as "Team Kim" for their shared surname, and use food-based nicknames for ease of identification: the captain is Annie - a brand of yogurt - Kim Yeong-mi is Pancake, Kim Kyeong-ae is Steak, Kim Seon-yeong is Sunny - as in "sunny side up" - and Kim Cho-hee is Chocho, a type of cookie.

Despite their Olympic silver, they failed to win the national trials in August and have since missed out on international competition, slipping from seventh to 14th in the world rankings, and are now seeking new coaches.

"We need a proper management team that can train and lead us properly," the team statement said. "We'd like to continue playing as curlers and compete at the Beijing Olympics" in 2022.

The South's sports ministry and the Korean Sport & Olympic Committee are set to launch an inquiry into the accusations next week.

The team's administrator Jang Ban-seok has previously insisted everything the coaches had done was in the interests of the curlers, and that "none of the coaching staff were motivated by personal greed".

But the national team's Canadian former coach Peter Gallant backed the curlers in a statement, accusing coach Kim Min-jung of trying to hog the limelight.

"She claimed to be 'head coach' and had to be in all the photos, but her expertise in curling was below that of the athletes," he said.