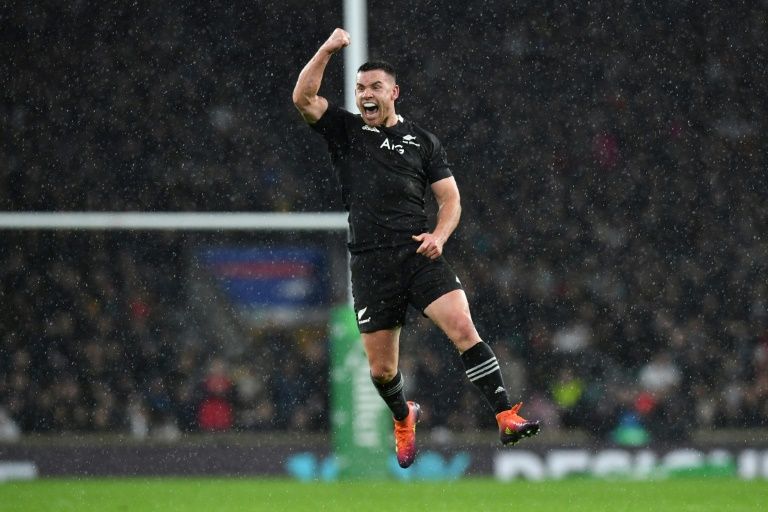 All Blacks go for consistency against Ireland

Looking for a private tutor? Check this out now
Experience VR game at 20% off discount

World champions New Zealand made just one injury-enforced change to the squad to face Ireland in Saturday's one-off Test showdown in Dublin.

Centre Ryan Crotty starts in place of Sonny Bill Williams, who injured his shoulder in last week's dramatic 16-15 win over England, opening a space for Anton Lienert-Brown on the bench.

Coach Steve Hansen reinforced his comments earlier this week that the clash between his top-ranked team and number two Ireland would determine bragging rights for who was the world's best team.

"These are the types of Test matches that get everyone up," he said.

"It's number one versus number two, and there's a real excitement that's building as we get closer to Saturday."

Hansen has stuck with his preference for two playmakers against top sides, with Beauden Barrett at fly-half and Damian McKenzie at fullback.

He conceded that the squad -- possibly barring the injury-enforced absences of players Williams and prop Joe Moody -- was similar to the line-up he would be looking at as the All Blacks chase a third straight World Cup in Japan next year.

"The whole year we've been looking at combinations to make sure next year is really clear in our own minds," he said.

"When you've got so much talent you've got to make sure you've got the right bit of it sorted for when we go to the World Cup."

Aaron Smith will play his 82nd Test to become the most capped All Blacks halfback, overtaking Justin Marshall.

Brodie Retallick and Sam Whitelock will set a new record for an All Blacks' lock partnership, starting in their 50th Test together.

Hansen said at his press conference that he would not be telling his players to target Irish scrum-half Kieran Marmion, who has to fill the vacuum left by Conor Murray, who has played no rugby this season because of a neck injury.

"We never go out to target anybody," sad Hansen.

"If you're going to target anyone, you target the big boys because they're the guys who lead you round the park.

"If you can put those types of players in the red then your team struggles more.

"We'll just go out to play our own game. We won't look to target anybody."

Hansen, who had thought at the beginning of the week that Murray might risk playing, said he expected Ireland's veteran fly half Johnny Sexton to be at referee Wayne Barnes should he believe the All Blacks are infringing.

However, the 59-year-old is confident his side's discipline will hold as it has done all year.

"Our discipline round the breakdown has been pretty good of late," he said.

"It's pretty clear what Barnsey wants, so if you deliver what he wants then you should be ok."