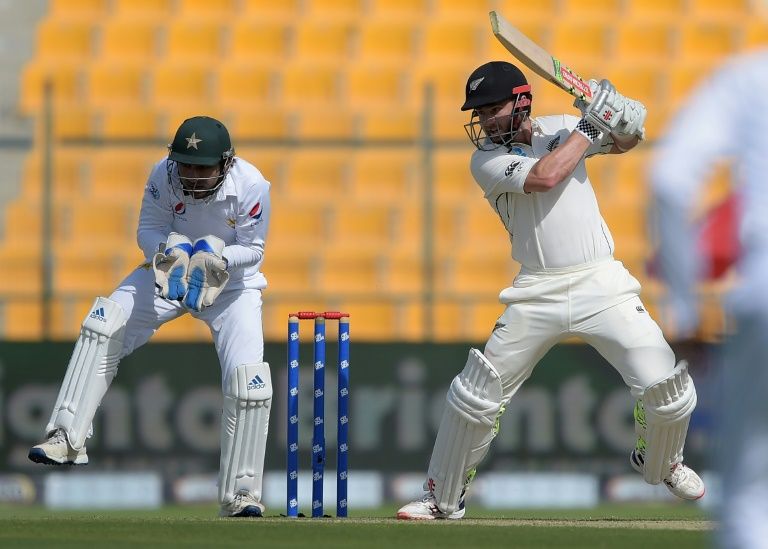 Need a date? Sign up for SDN-approved events now
Need someone to clean your house? Let us help!

New Zealand skipper Kane Williamson completed a half century to lead his team's fightback on the opening day of the first Test against Pakistan in Abu Dhabi on Friday.

Williamson cut leg-spinner Yasir Shah towards backward point for a two to reach his 27th half century with five boundaries, anchoring his team's fightback after they were 81-3 at lunch.

Williamson and Henry Nicholls on 25 not out had added 65 for the unbroken fourth wicket stand with New Zealand at 104-3.

Yasir had derailed New Zealand's progress in the first session with wickets of opener Tom Latham (13) and Ross Taylor (two) in his first spell.

Yasir, who had to endure a tough last week due to the death of his mother, had Latham caught at mid-wicket off a loose drive with the fourth ball of his first over.

In his fourth over Yasir had Taylor caught behind with a sharp leg-break, leaving New Zealand at 39-3. Yasir has figures of 2-53.