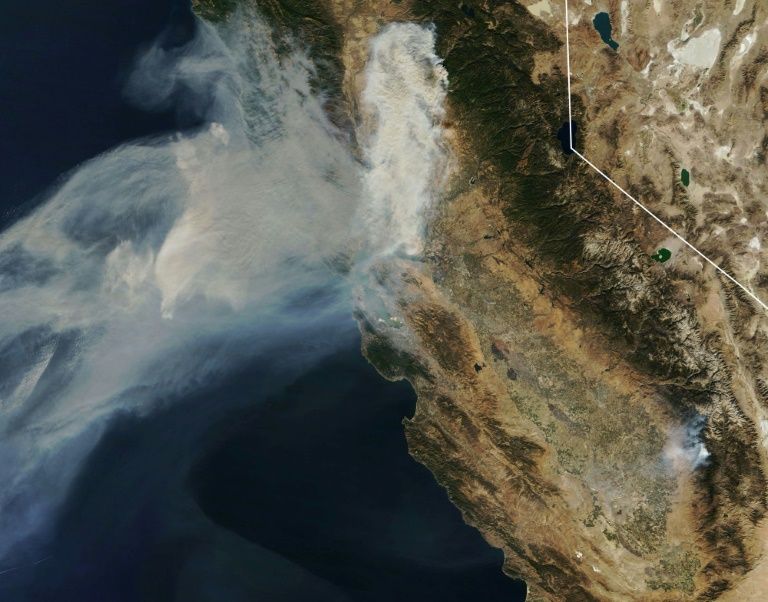 Need a date? Sign up for SDN-approved events now
5 star aircon cleaning service as low as $40!

Schools and tourist attractions across the San Francisco Bay Area were shut Friday as smoke from California's deadliest ever wildfire a three hour drive away produced air quality levels worse than in polluted megacities in South Asia.

The closures came as the number of people missing from the giant Camp Fire, which has devoured an area roughly the size of Chicago since it broke out last week, soared to more than 600, with 63 confirmed dead.

President Donald Trump is set to visit the tinder-dry state on Saturday to meet victims of the inferno, which has laid waste to the town of Paradise at the northern foothills of the Sierra Nevada mountains, destroying around 10,000 homes.

Some 180 miles (290 kilometers) to the southwest, San Francisco ordered all public schools shut and its iconic cable cars returned to their stations as the Air Quality Index soared to 213, comparable to Dhaka, Bangladesh and worse than Kolkata, India.

"San Francisco's air quality has moved from red or 'unhealthy' to purple or 'very unhealthy' due to local wildfires and weather patterns," the SFMTA transport authority said on its website.

"The Department of Public Health highly recommends that everyone stay indoors and avoid exposure to the outside air."

Mayor London Breed announced that public buses would be free for the day in order to ensure people have access to enclosed transportation.

On Thursday, authorities raised the number of missing people from 300 to 631 as investigators went back and reviewed emergency calls made when the Camp Fire erupted on November 8.

"I want you to understand that the chaos we were dealing with was extraordinary" Butte County Sheriff Kory Honea told journalists of the early days of the fire, explaining the alarming increase.

Much of the rescue work is now focused on Paradise, a community that is home to many retirees who found themselves unable to get out in time.

A total of 461 rescuers, assisted by 22 sniffer dogs, were going from house to house, as authorities called on relatives of the missing to provide DNA samples to help with identification of the dead.

"I'm still going to keep on looking and hope for the best," Jhonathan Clark, who was hunting for his brother, sister-in-law and nephew, told AFP.

"My dad is starting to lose hope a little bit," he added.

The remains of seven additional victims discovered by rescuers Thursday brought to 63 the number of people who have died in the Camp Fire, which remained only 45 percent contained Friday morning.

Three other people have died in southern California in another blaze dubbed the Woolsey Fire, which engulfed parts of Malibu, destroying the homes of several celebrities.

That inferno, which is about two-thirds the size of the Camp Fire, was close to 70 percent contained by Friday, as authorities predicted they would have it under control by Monday.

While the cause of the Camp Fire is still under investigation, a lawsuit has been filed against the local power company, PG&E, by fire victims claiming negligence by the utility.