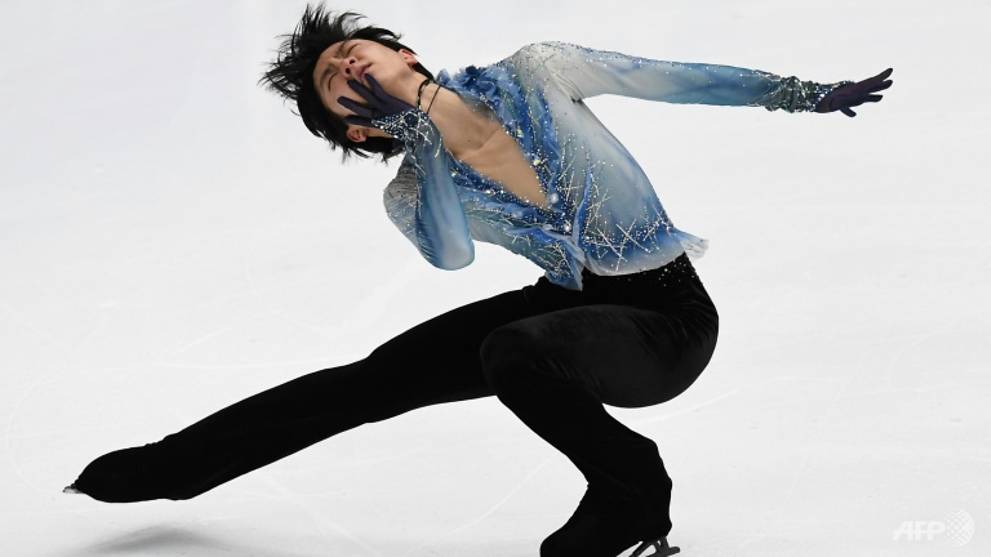 Japanese great Hanyu, who took Olympic gold in Sochi and Pyeongchang, earned a stunning 110.53 points for a flawless rendition of his short programme routine to Raul Di Blasio's "Otonal" at the Megasport Arena.

Home darling Zagitova, still only 16, wowed the crowd with a mark of 80.78 points for her routine later in the day to beat her own previous record of 79.93.

A new scoring system introduced at the start of this season means that all world records set before the 2018-19 campaign were marked as 'historical', with the world-record progression reset.

Hanyu, also a two-time world champion, is bidding to win both of his ISU Grand Prix events in the same season for the first time in his career.

His score ensured that he reclaimed the record from compatriot and rival Shoma Uno, who had posted 104.15 in Italy in September.

"I can't say my skating today was perfect but in general I'm satisfied with my skate," Hanyu said. "I didn't have too much time to prepare for this GP stage.

"In general I feel good. I don't know about tomorrow but I will try to do my best for tomorrow, too."

Georgia's Morisi Kvitelashvili, who was 24th in Pyeongchang, earned a personal best mark of 89.94 points for his short programme to "Bloodstream" by Tokio Myers to lie second after the opening day.

Swede Alexander Majorov is third on 82.33.

Meanwhile, Zagitova, who is hoping to back up her recent victory in Helsinki, dominated the women's section with a clean execution of her short programme to the "The Phantom of the Opera" soundtrack by Andrew Lloyd Webber.

The Swiss skater Alexia Paganini is third on 63.43 points.

"I'm happy that I managed to gather all of my strength to show my best in front of my home crowd in Moscow," Zagitova said.

"Now I feel myself much more confident than I felt at the beginning of this season. I worked really hard in practice and now I have the feeling that it's beginning to pay off."

In pairs, this year's world championship runners-up Evgenia Tarasova and Vladimir Morozov of Russia, who won gold at Skate America, grabbed the short programme lead with a solid presentation to "I Feel Good" by James Brown for a 78.47-point mark.

Italian duo Nicole Della Monica and Matteo Guarise are second on 72.32 points, while Daria Pavliuchenko and Denis Khodykin are third.

"We wanted to present a clean dance at our home ice," Bukin said. "We're a bit upset with our errors but we will try to show our best tomorrow. We can skate much, much better."

They are followed by American duo Christina Carreira and Anthony Ponomarenko, who earned 69.01 points, while third-placed Spanish pair Sara Hurtado and Kirill Khaliavin are on 66.40.

The free routines in all sections of the event to be performed on Saturday.

The top six qualifiers in each discipline will compete in the Grand Prix series Finals in Vancouver, Canada, on Dec 6 to 9.