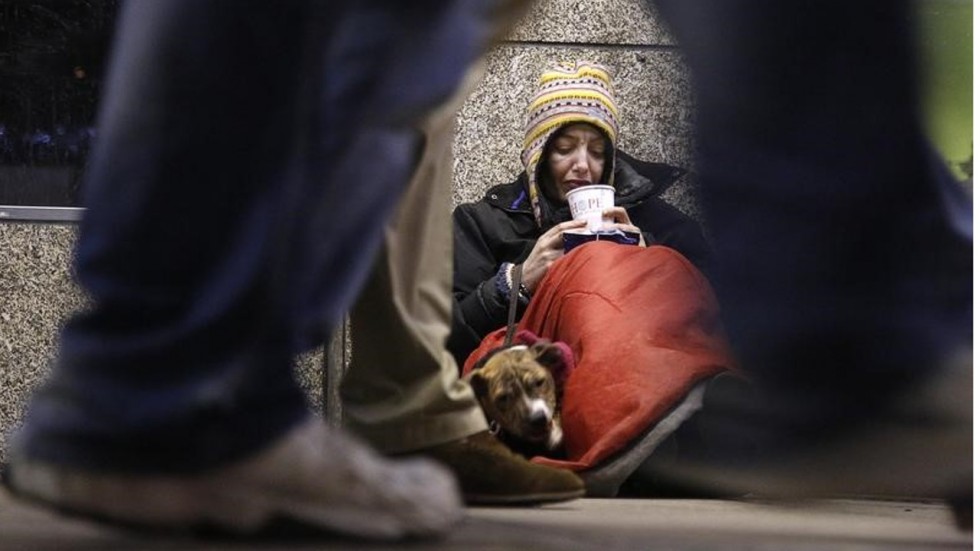 UN says British government in ‘state of denial’ on poverty, and how Brexit could make things worse

The United Nations accused the British government Friday of being in a “state of denial” about a growing rich-poor divide that would be exacerbated by Brexit.

UN poverty and human rights rapporteur Philip Alston’s 12-day fact-finding mission to Britain uncovered a “dramatic decline in the fortunes of the least well off”.

His report unveiled Friday concluded that child poverty rates in Britain could be as high as 40 per cent.

Alston said one in five Britons was living below the poverty line as defined by the British government – and that 90 per cent of single poor parents were women.

The world is paying too a high price for inequality

“The money is there. The government decided recently to spend a windfall amount on more tax cuts for the wealthy.

“That money could have made a huge difference on the situation of people living in poverty.”

Britain has struggled through a painful decade of austerity that began in the wake of the 2008-2009 global financial crisis.

The across-the-board cuts and spending freezes affected most government programmes. The government is also restructuring welfare payments in a bid to encourage people to work.

The programme, known as Universal Credit, is deeply unpopular and its full implementation has been repeatedly delayed amid ongoing tweaks.

Prime Minister Theresa May argues that her party’s overarching strategy has managed to cut the unemployment rate from above seven per cent in 2013 to 4.1 per cent in September.

But Alston said the government’s approach appeared to be in breach of Britain’s obligations under UN conventions covering the rights of women and children.

“There are quite a number of (UN convention) provisions that are not at all satisfied by existing British policies,” said Alston.

He said the government “wants to send a message that anyone who is getting benefits will be given a very hard time.

Hong Kong’s wealth gap greatest in 45 years. What can be done?

“Nothing will be simple, nothing will be pleasant. I think it wants to act in many contexts like a drill sergeant who is really punishing people for the slightest infraction to send this bigger message,” he said.

The UN report comes in the middle of a political crisis set off by May’s approach to securing a deal with the European Union as Britain prepares to split from the bloc in March.

Alston’s conclusions on Brexit mirror those made by May’s more pro-European ministers: the economy is going to take a hit irrespective of the type of deal it strikes with Brussels.

But his report adds that Britain was doing little to plan for how this would impact the poor.

“It is clear to me the impact of Brexit on people in poverty is an afterthought,” Alston said in the report.

He said Britain stood to lose billions of pounds in EU funds that would disproportionately impact poorer areas that had benefited from them most.

Aston added that London had still not disclosed details about a “shared prosperity fund” that was meant to replace £9 billion (US$11.6 billion) in EU poverty funding through 2020.