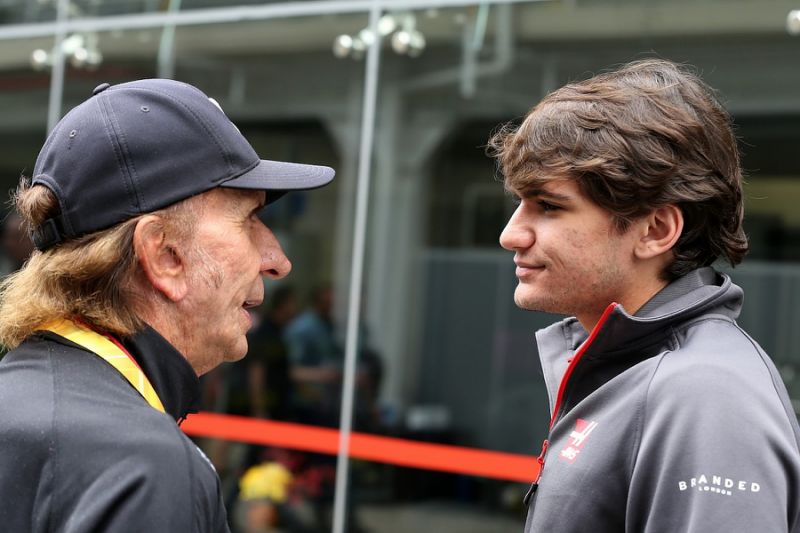 Need someone to clean your house? Let us help!
Haidilao is looking for manpower. Apply now

Signing Pietro Fittipaldi will help the Haas Formula 1 team address a weakness with its simulator use, reckons the team's race driver Romain Grosjean.

Fittipaldi, grandson of two-time world champion Emerson, has been named Haas's 2019 reserve driver next year and will make his F1 test debut in Abu Dhabi this month as part of his new role.

The 2017 Formula V8 3.5 champion has had a disrupted season across multiple categories - the World Endurance Championship, IndyCar and Super Formula - after breaking his leg earlier this year.

"We need some help in the team, especially on the simulator side," said Grosjean.

"It will be good to have him, he will have a taste of the car in Abu Dhabi and he can jump in the simulator and work on the correlation, when we get it, it is nice and ready to go.

"We are still working on plans and making sure we get better [at simulation].

"The correlation is the trickiest part to get right and the one you need to get right before you do any set-up work.

"It has been OK, we have been able to work with it [but] with race drivers it is hard to go between races."

Haas was in talks with Fittipaldi over testing opportunities prior to his leg-breaking shunt at Spa ahead of the WEC season opener earlier this year.

Team principal Gunther Steiner explained that those talks morphed into discussions over a proper role once Haas established Fittipaldi could help boost its sim efforts.

"We talked again and decided to use him next year for testing and simulator development because they need to get better," said Steiner.

"Because we are young, we need to find areas to improve.

"That is why next year we decided to have a programme where our simulator programme is as good as possible, so on Friday we can test set-ups and with aero developments, we put them in first with Pietro [on the simulator], and just get better."

Fittipaldi's opportunity was described as a "genuine test role" by Steiner.

It follows a now-standard development driver model among F1 teams, which has been specifically credited by the likes of Ferrari for turnarounds in form from Friday practice to Saturday this season.

Steiner also dismissed the suggestion Fittipaldi has been hired because of the commercial opportunities associated with his famous surname.

"Does the last name help? For sure it doesn't hurt, but it also puts pressure onto him," said Steiner.

"I don't try to get anything out for the team because of his grandfather. That is not the aim. What I want to achieve is for the team to get better.

"He needs to add something us, an element to get us better - the team, not marketing-wise.

"It's not about publicity. I could have Emerson to do something for us! He is available."