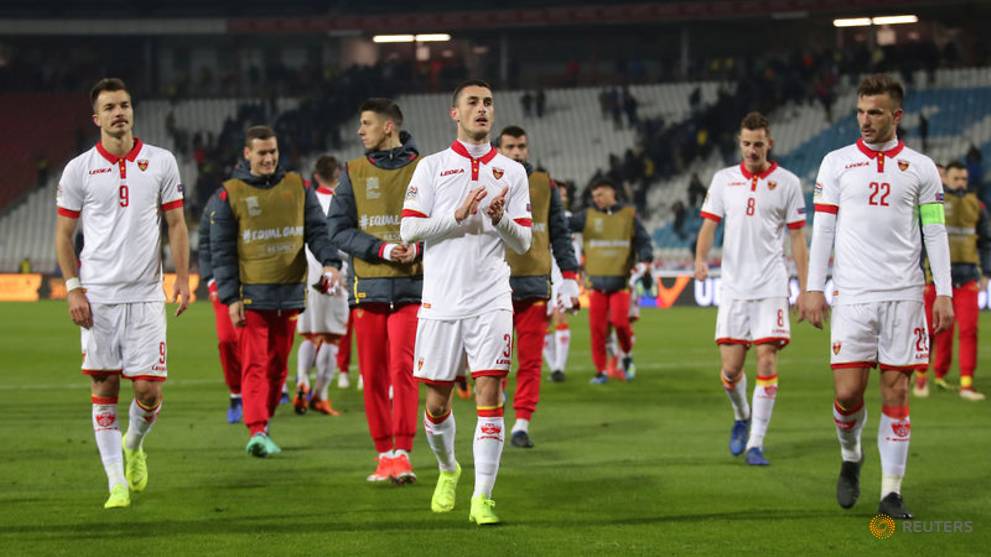 Serbia closed in on promotion to the Nations League second tier after a 2-1 home win over neighbours Montenegro on Saturday left them top of Group 4 in League C.

BELGRADE: Serbia closed in on promotion to the Nations League second tier after a 2-1 home win over neighbours Montenegro on Saturday left them top of Group 4 in League C.

The Serbians, who won with first-half goals from Adem Ljajic and Aleksandar Mitrovic, have 11 points from five games, four more than Montenegro who can no longer clinch top spot.

Ljajic and Mitrovic, who also missed a penalty, put Serbia in the driving seat but they were forced to hang on after Stefan Mugosa pulled one back in the 70th minute.

The home side dominated the opening period and Ljajic fired them ahead in the 30th minute when he took a delightful Dusan Tadic through ball into his stride and beat goalkeeper Danijel Petkovic with a cool finish.

Mitrovic doubled the lead two minutes later with a superb header after twisting and turning in mid-air to meet a teasing Aleksandar Kolarov cross from the left.

However, the Fulham striker was guilty of a poor Panenka-style penalty miss in the 38th minute, dinking the ball over the bar as he tried to emulate the spot kick by the former Czech maestro that was made famous at the same ground.

Antonin Panenka scored the winning goal with an audacious effort to give Czechoslovakia the 1976 European Championship title with a penalty shootout win over West Germany at Red Star stadium, but Mitrovic fell woefully short of matching it.

Mitrovic then shaved the far post and forced a good save from Petkovic with headers in the closing stages of the first period as Montenegro struggled to break out of their own half.

Roared on by a small but noisy group of fans, Montenegro looked more purposeful after the break and striker Mogusa fired a thumping shot into the roof of the net from 10 metres.

Mirko Ivanic had Rajkovic at full stretch moments earlier and with their confidence restored, Montenegro came within inches of grabbing an equaliser barely a minute after they scored when Mugosa fired wide from 15 metres.